These closed and abandoned astronomical observatories once gazed skyward into a star-spangled universe, revealing hidden wonders of time and space. Once. 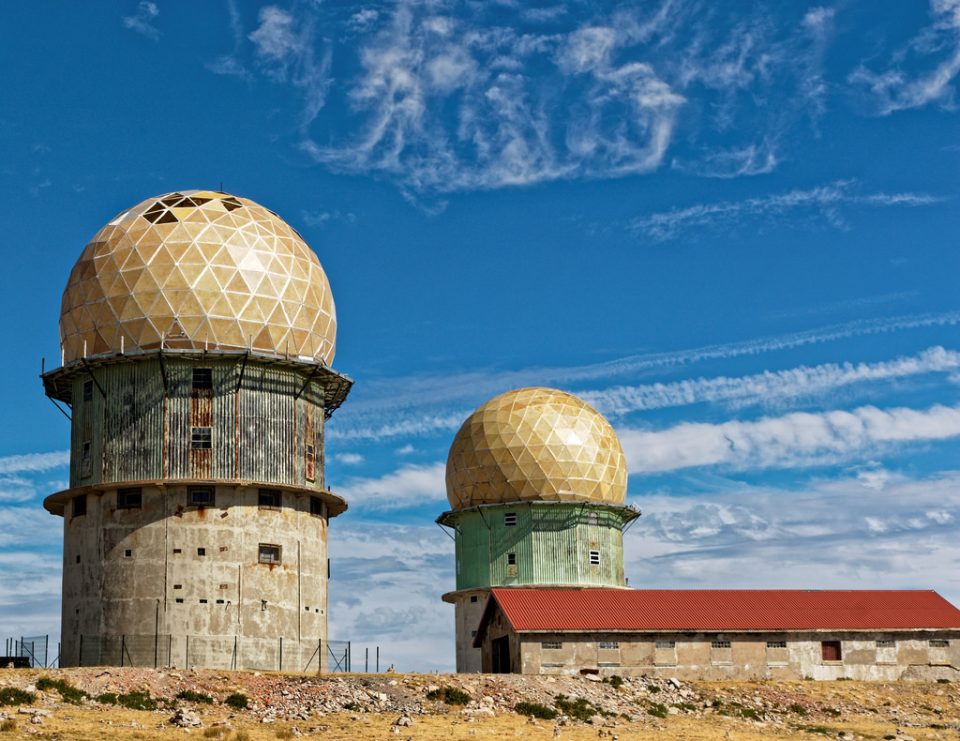 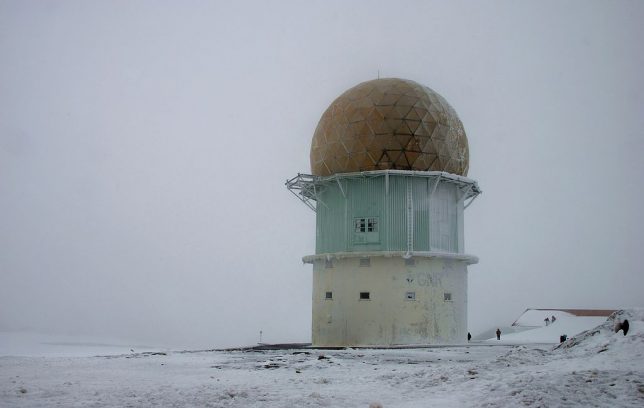 You’ll typically find observatories atop the highest mountains, mainly because there’s less air to see through up there. Smaller countries with smaller mountains do the best they can, as is the case with this abandoned observatory (or old radar station, depending on the source) slowly deteriorating high up on Portugal’s aptly named Serra da Estrela (“Star Mountain Range”). 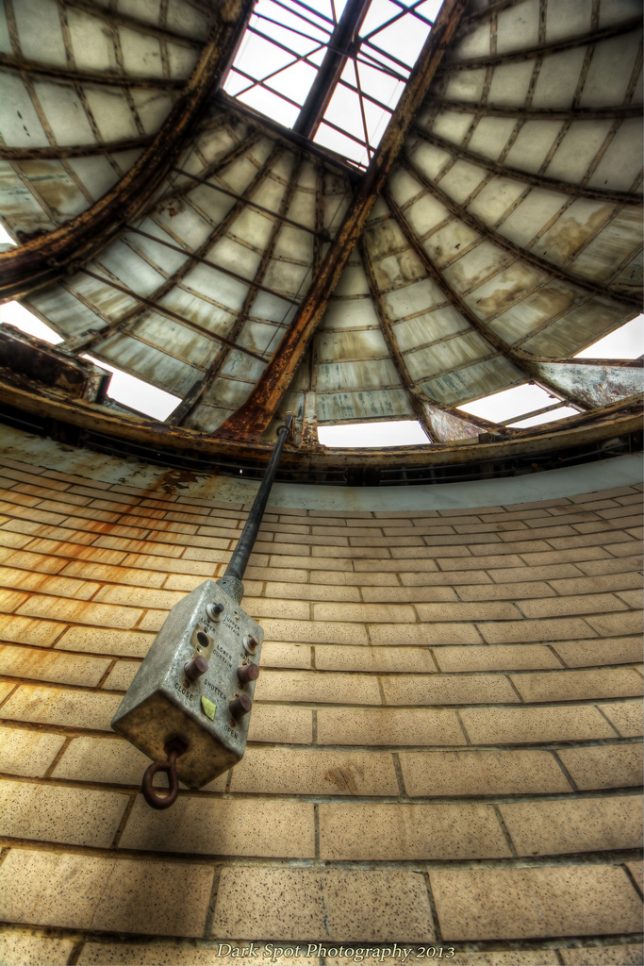 Flickr member David Barnas (Dark Spot Photography) perfectly captures the lonely majesty of abandoned observatories in the above image. This breathtaking photo dates from May of 2013 and offers a unique view of the dome of one of Case Western University’s now-disused observatories. 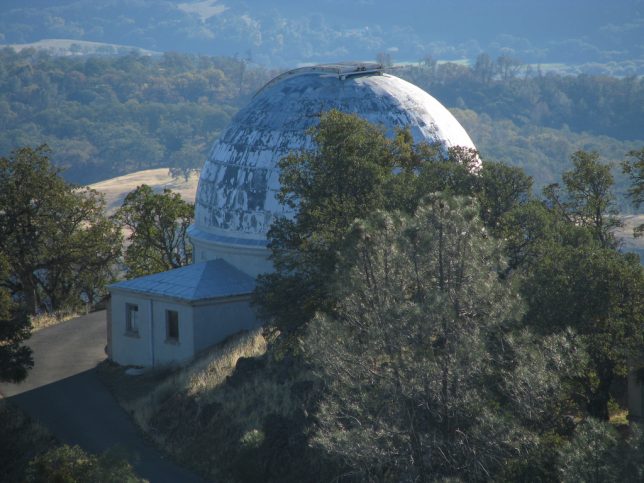 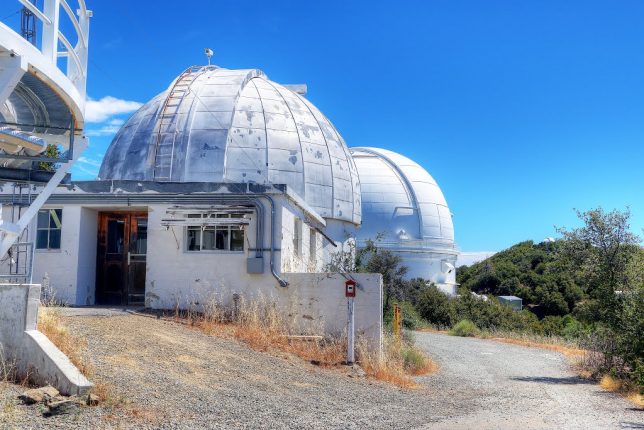 Lick Observatory encompasses a number of telescopes and other related observing tools protected by structural domes of various ages and sizes. With construction atop Mount Hamilton near San Jose, California beginning in 1876, Lick Observatory boasts individual observatories in current use, temporarily closed and outright abandoned pending demolition. Flickr members Kelly The Deluded (kjoyner666) and Panoramio user Nick Sower captured what appears to be the 20-Inch Carnegie Double Astrograph in need of a new paint job – at the very least. 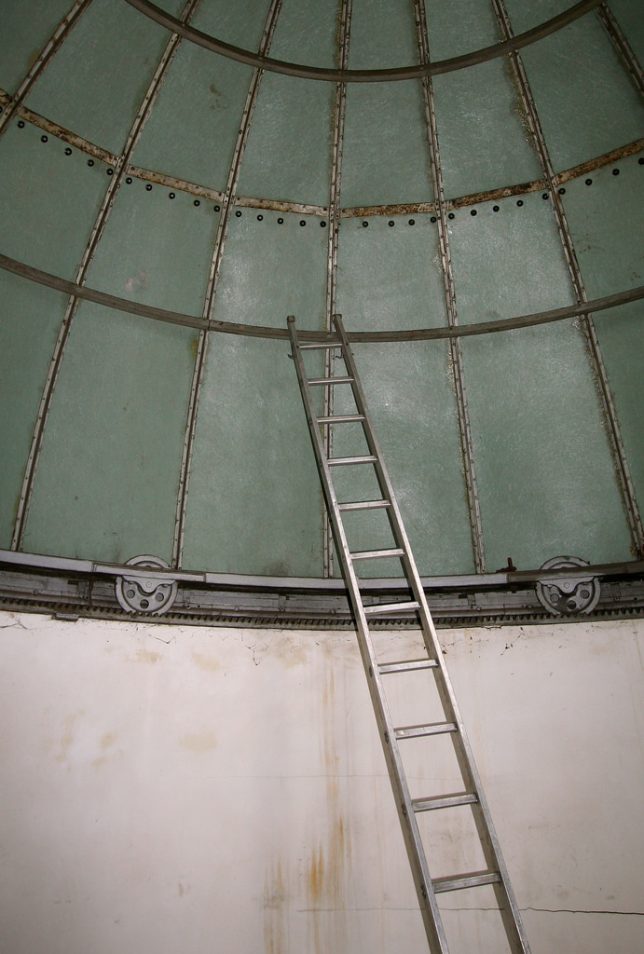 The venerable City Observatory on Calton Hill in Edinburgh, Scotland dates back to 1818 and provided stalwart scientific service for nearly two centuries – the Astronomical Society of Edinburgh moved out of the observatory in 2009. Since then, the buildings have been managed by the City of Edinburgh Council, who restored the interior decor but then rented out the rooms as holiday accommodations. Flickr member Jenni Douglas (photojenni) snapped the interior of one of the observatory’s domes in May of 2007. 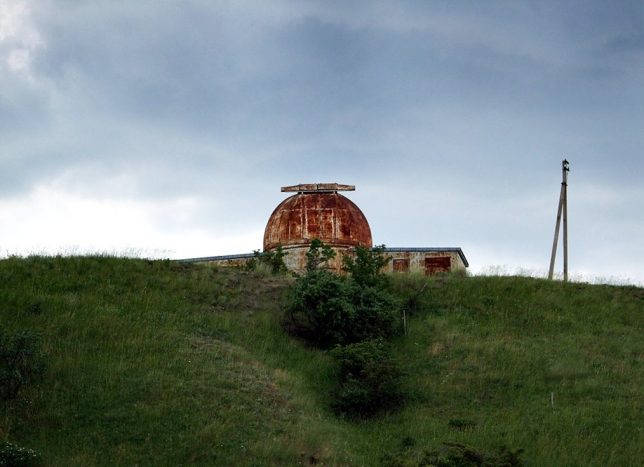 Russia’s hotly-contested annexation of Crimea from the Ukraine was still six years away when Flickr member Max Bashyrov (movaxdx) snapped the above image of “some kind of abandoned observatory.” With all that visible rust, we’ll have to assume it was formerly engaged in observing Mars, the Red Planet.