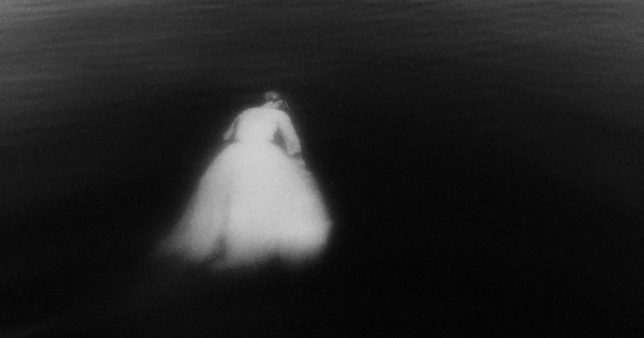 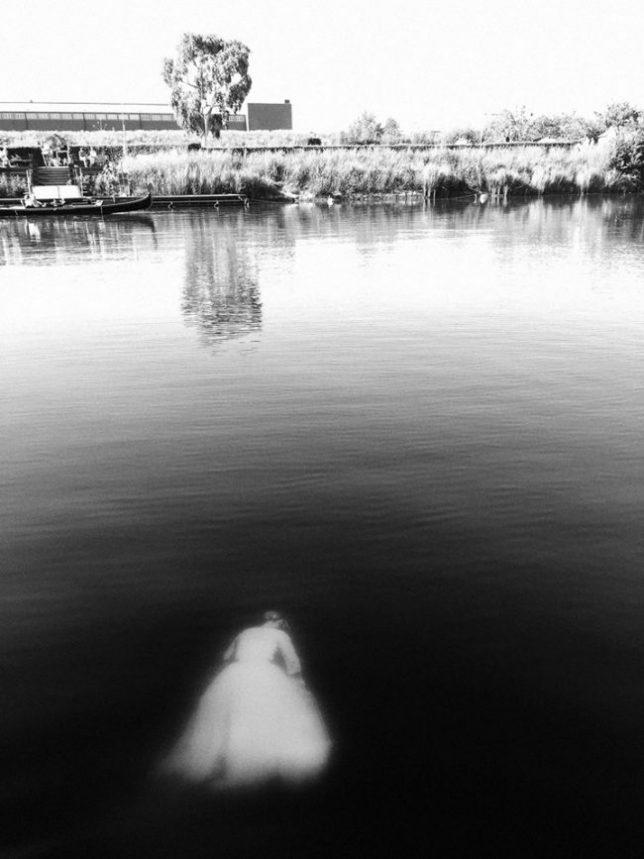 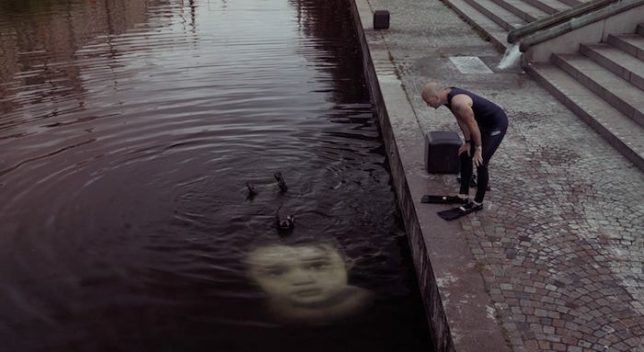 When passersby noticed a ghostly figure of a woman in a voluminous white dress submerged beneath the water in Mälmo, Sweden, they thought someone had drowned, and called the authorities. After a number of such calls, the police realized the figure in the water was actually a cardboard cutout, sunken in place by artists Erik Vestman and Nils Petter (who hadn’t bothered to seek official permission for the installation.) The laminated photo of the woman, and another of a little boy’s face, were mounted to plywood with floatation devices beneath them. The artists wore wetsuits and snorkels to drop the lines that hold them in place; each one lasted about a week. 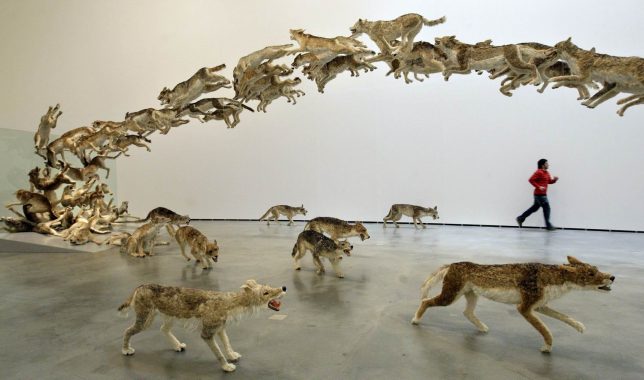 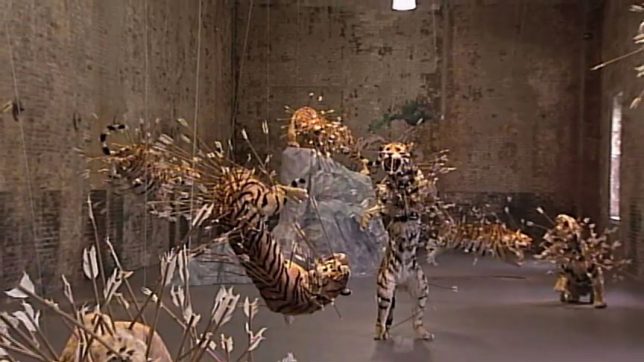 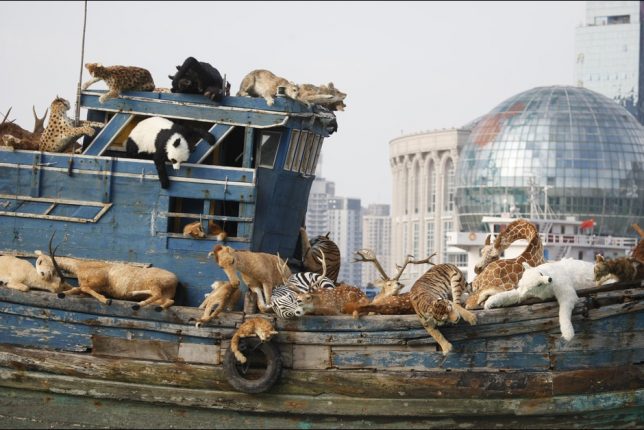 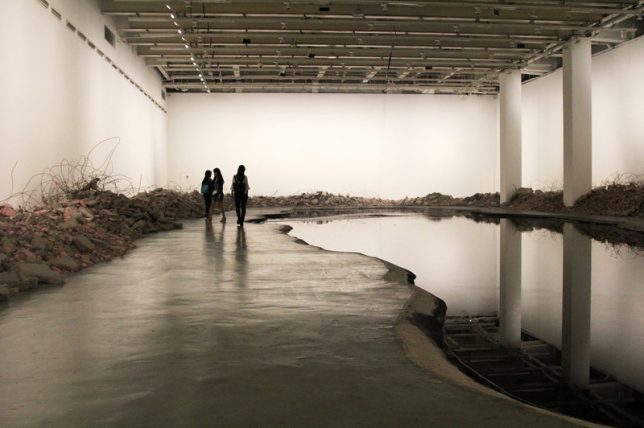 A fishing boat full of sick and dying animals represents our pitiful and useless ‘Ark’ in the modern age, a statement on China’s pollution crisis and the environmental catastrophes leading to a different kind of horror. Chinese artist Cai Guo-Qiang took inspiration from a real-life incident in which 16,000 dead pigs floated down a river in Shanghai. The animals in ‘The Ninth Ave,’ along with a strange flying arc of wolves in ‘Head On,’ are made of styrofoam and wool. Another installation, ‘Silent Ink,’ is just a room filled with a pond-like puddle of ink in a dreary underlit environment invoking our worst fears about our planet’s future. The installations are set within the Power Station of Art, China’s first state-run contemporary art museum, which is housed inside a converted power plant. 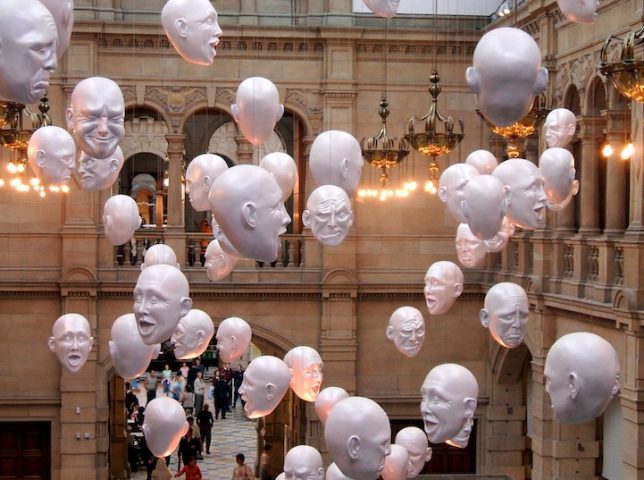 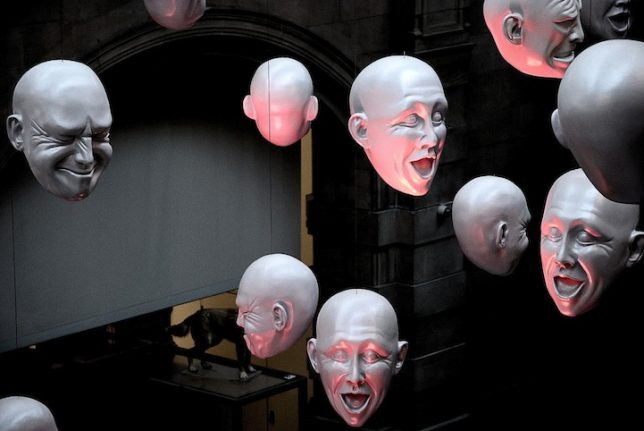 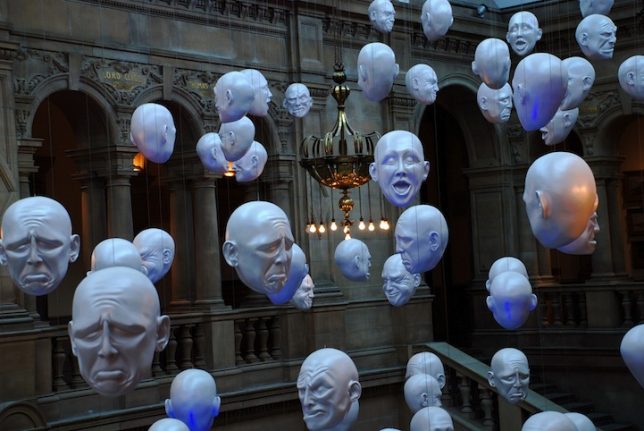 Within the darkened foyer of the beautiful historic Kelvingrove Museum in Glasgow, over 50 disembodied white heads seem to float in mid-air, illuminated in shades of red and violet. ‘Floating Heads’ by artist Sophie Cave was the first thing to greet visitors as they came through the door, sure to make a lasting impression. 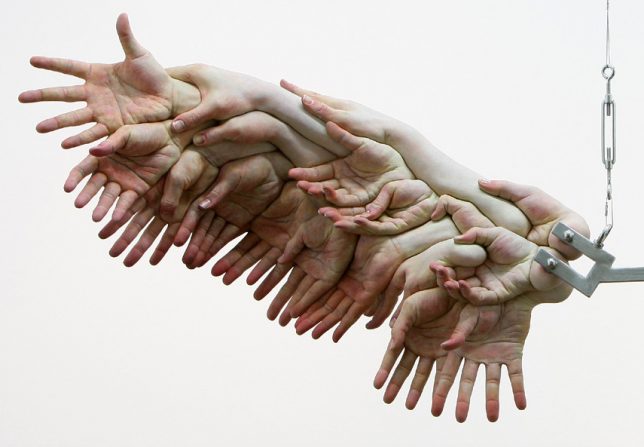 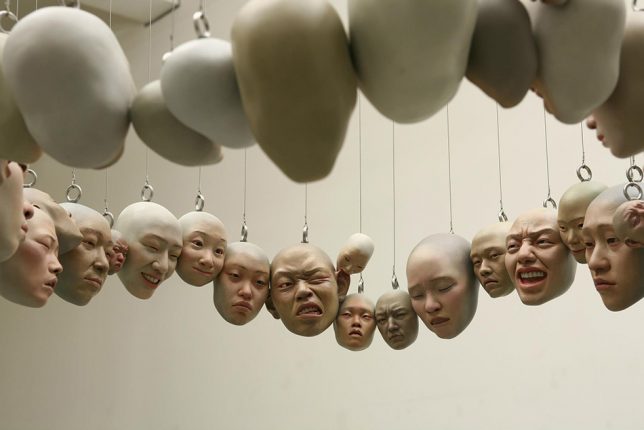 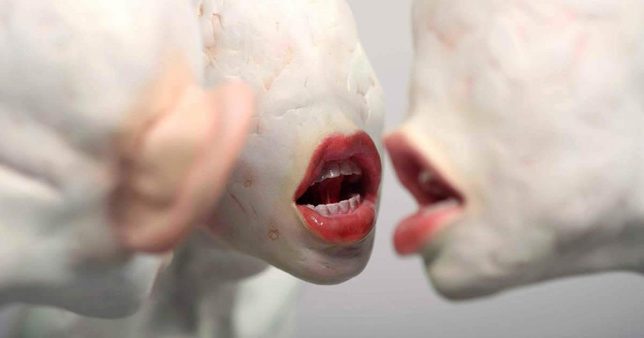 In the realm of ‘body horror,’ Korean artist Choi Xooang plays with the materiality of flesh until it seems monstrous, turning highly realistic sculptured body parts into building materials for objects, like wings made of human hands that lurk in the space above gallery visitors’ heads. “If one feels uncomfortable physically or mentally when viewing my work, I would say it worked,” he says. 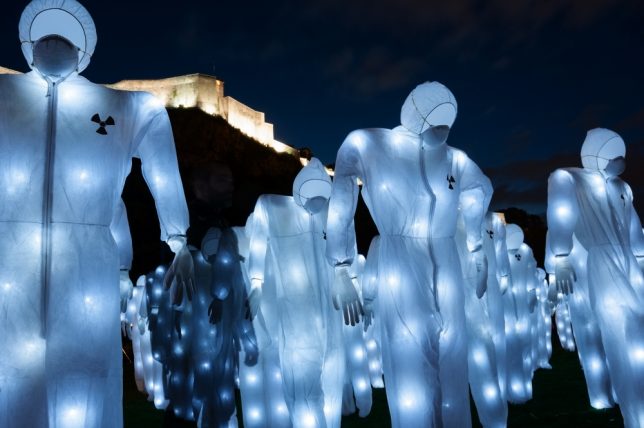 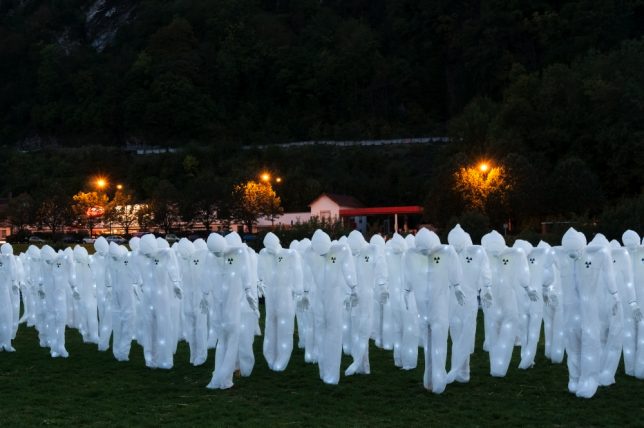 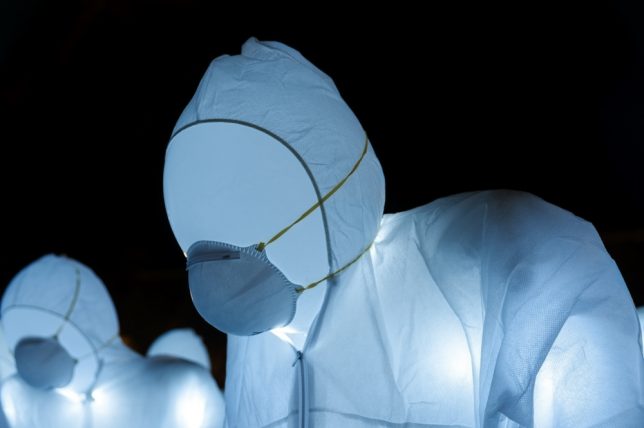 These eerie illuminated figures wearing anti-radioactive suits marched through fields in Hamburg just after the Fukushima nuclear disaster in Japan, soon after the German parliament voted to rid the country of nuclear power by 2022. But “what politicians legislate today, they change tomorrow with impunity,” says art collective Luzinterruptus, who wanted to make a statement everyone would remember. “With our mysterious army of 100 illuminated radioactive figures, which advanced threateningly on the natural environment of the [Dockville] festival, we wanted to invite reflection regarding the use and abuse of nuclear energy, cheap in economic terms, but which can cause grave secondary effects for the environment and health, forever irreversible.”