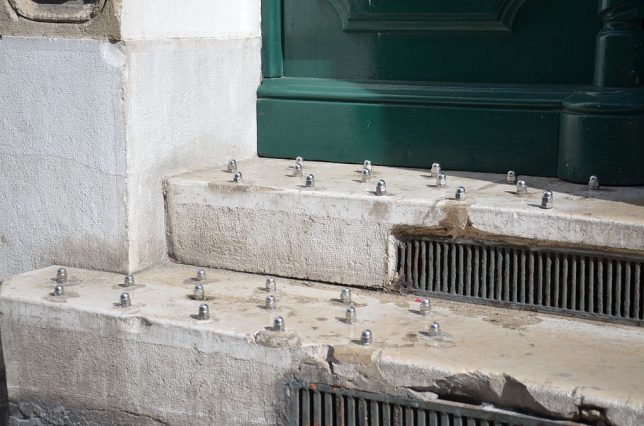 Anti homeless floor studs. So much for community spirit :( pic.twitter.com/Yz8VF7Ryid

In 2015, British luxury retailer Selfridges sparked a public outrage when it installed anti-homeless spikes outside its flagship Manchester store. Thousands of people signed a petition to remove the metal studs, and people brought cushions, plywood and other materials to render them useless. A man named John Jones, who frequently sleeps outside near the store, invited the brand’s bosses to join him for a night to see what it feels like (they declined.) But such outwardly hostile deterrents can be found all over the world – the equivalent of spikes that prevent pigeons, crows, squirrels and other ‘vermin’ from lingering, if that association isn’t already glaring enough for you.

wealthy residents have fitted trees with ‘anti-bird spikes’ in a bid to protect their expensive cars from bird droppings https://t.co/hz1thQngj3 pic.twitter.com/K0TlcJCLmg

It’s notable that a recent installation of anti-bird spikes in trees in a wealthy neighborhood in Bristol, England got more attention than anti-homeless spikes usually do, but hostile architecture for animals is a thing, too. 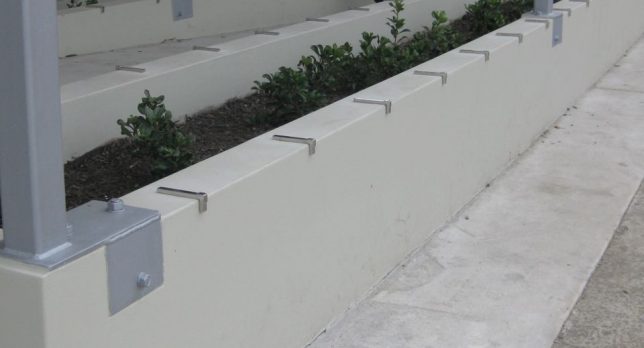 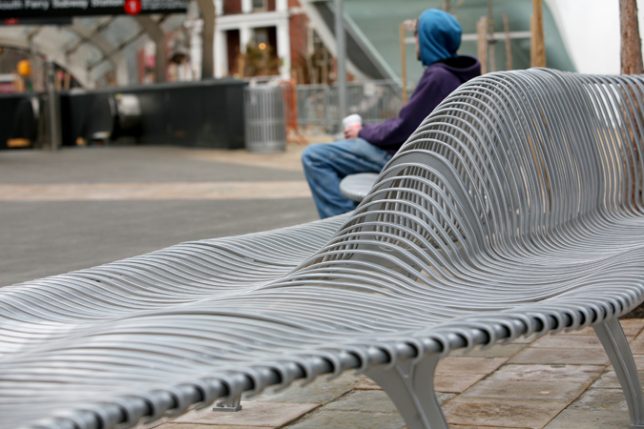 Coming in the form of indentations, bumpers, pegs and other metallic protrusions, skate stoppers take all the fun out of city surfaces. They’re often disguised as decorative elements, but they’re really there to grind skateboards, BMX bikes and other urban sports to a halt. Benches might even be designed with an odd sculptural-looking protrusion down the center. And by the way, none of this is cheap. A 60-piece “architectural skate stopper” kit from The Park and Facilities Catalog costs $1,337, and that’s only going to cover a small area. Even paved surfaces are designed in ways that discourage skating with studs or textured patterns. 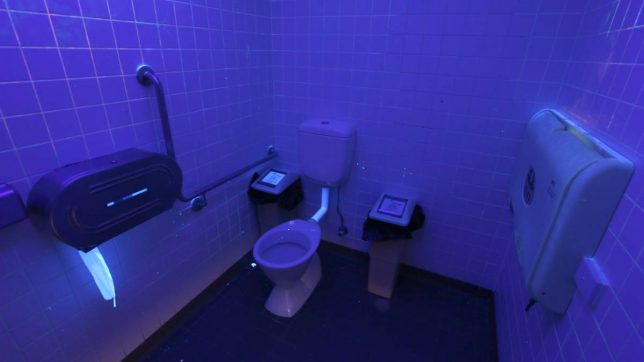 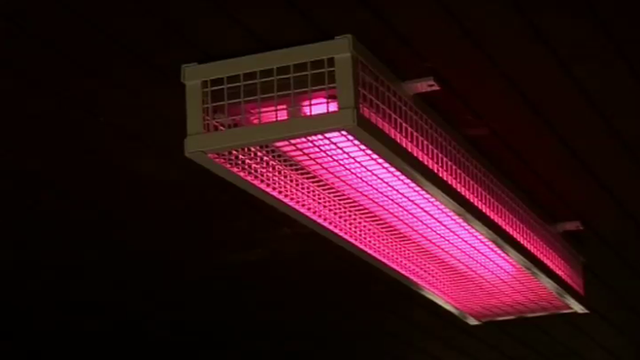 Some people might find pink street lights pretty, but that’s not the point. Believe it or not, pink lighting has been installed in public areas specifically to deter youth from loitering by targeting their vanity – because supposedly, they make acne stand out in stark relief. The lights are also said to have a calming influence. Blue lighting is sometimes used in public restrooms to make it difficult for intravenous drug users to locate their veins, and in some places, street lights are made unpleasantly bright in a subtle yet often effective attempt to encourage people to move along.

Just in case all of the other deterrents on this list don’t work, officials and property owners have one last trick up their sleeves (aside from an arsenal of legislative and systemic weapons that worsen inequality): screeching. Both the kind that comes out of their own mouths when they’re physically present, and the kind that’s emitted from hidden speakers at just the right frequency to annoy us without being fully audible. In most cases, these frequencies can only be heard by teenagers. One such device, the ‘Mosquito,’ actually has the gall to print “Reclaim your right to peace and quiet” in its ads. The youth ruin everything, huh?

Feeling frustrated by all of this oppressive ‘public hygiene?’ Check out all the various ways people have found to flout it, including Occupy Urban Spaces: 10 Guerrilla Modifications to City Infrastructure, Hack Your City: 12 Creative DIY Urbanism Interventions and Tactical Urbanism: 15 Low-Cost Hacks for Fun & Functionality.