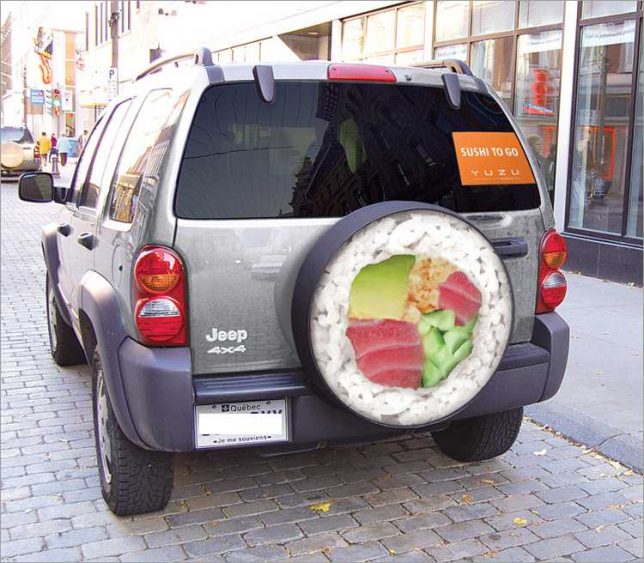 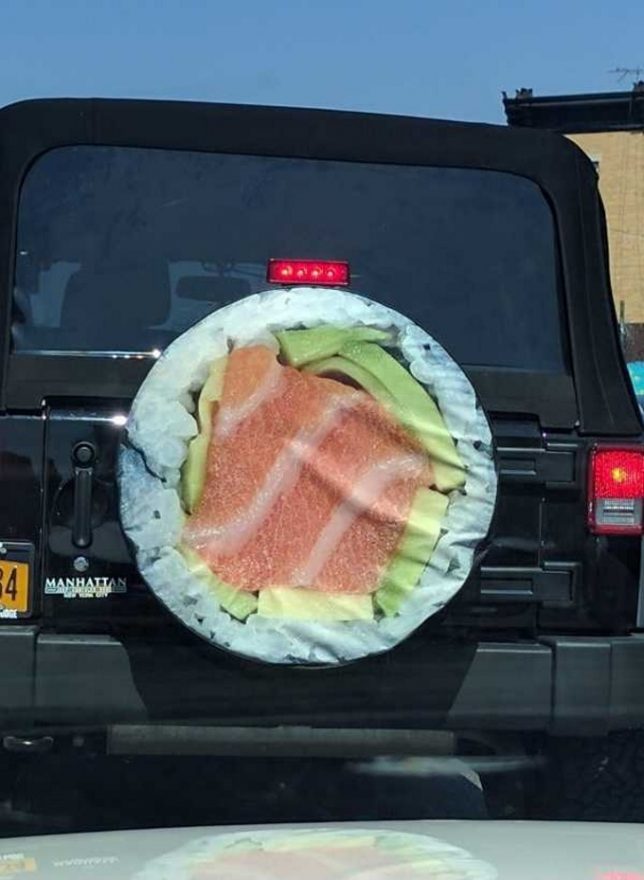 That’s just how we roll. Road food is getting more sophisticated and restaurants like YUZU “Sushi to Go” in Montreal, Canada are jumping on the hipster guerrilla marketing bandwagon. Best thing about these spare tire covers is the fish is always fresh and, unlike some fast food offerings, won’t have you pulling into the first available highway rest stop. 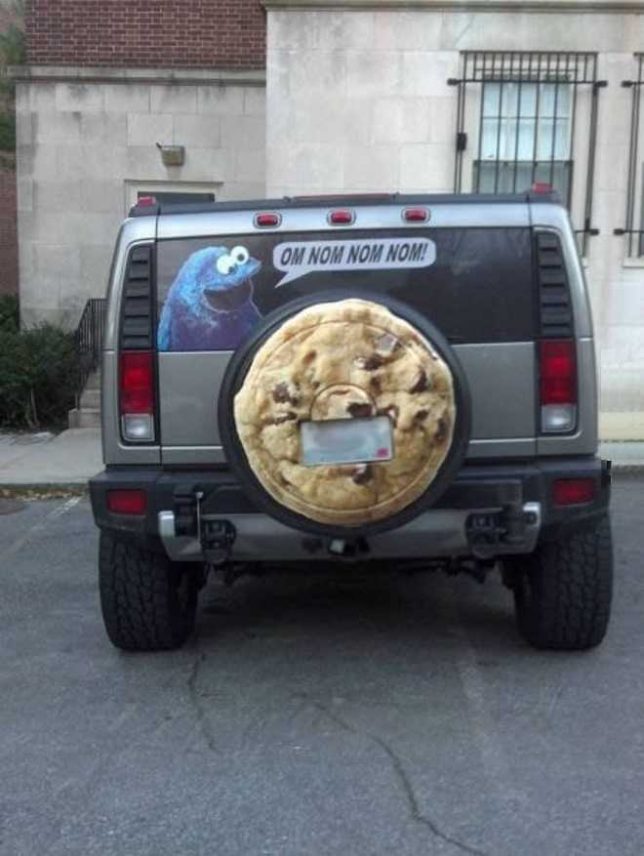 You don’t have to be half-baked to appreciate the humor in the above tire cover composition, though it undoubtedly helps. What we don’t appreciate are the driver’s poor parking skills – they must have been out of cookies and desperate to buy more. When they leave, do passerby shout out “Goodbye, Mr. Chips”? 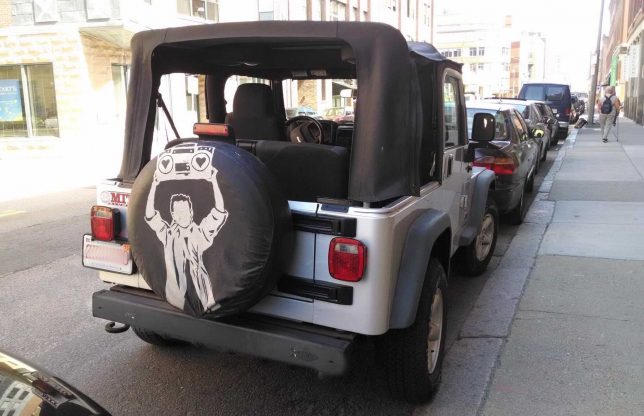 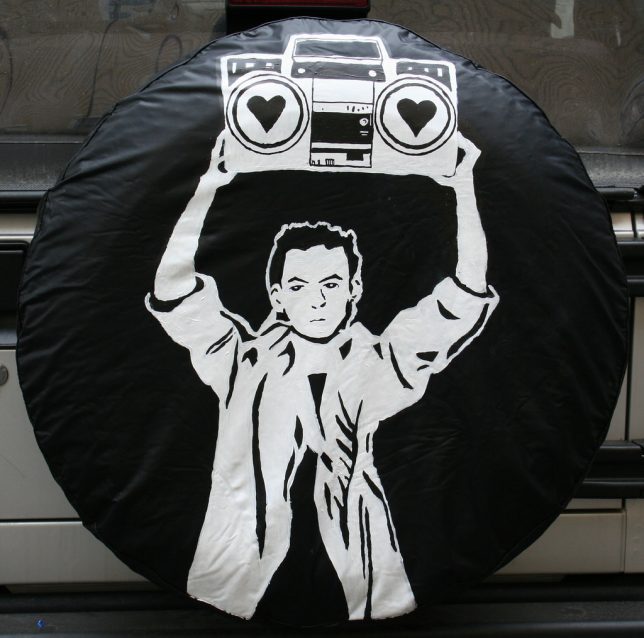 The generation touched by the Cameron Crowe-directed 1989 film Say Anything is now in midlife crisis territory, buying Jeeps and looking to recapture the carefree angst of their post-school, pre-work days. That’s what makes the above Lloyd Dobler “boombox scene” spare tire cover so evocative, even though the artist‘s portrait of the Cusack-played character bears a disconcerting resemblance to Corey Feldman. 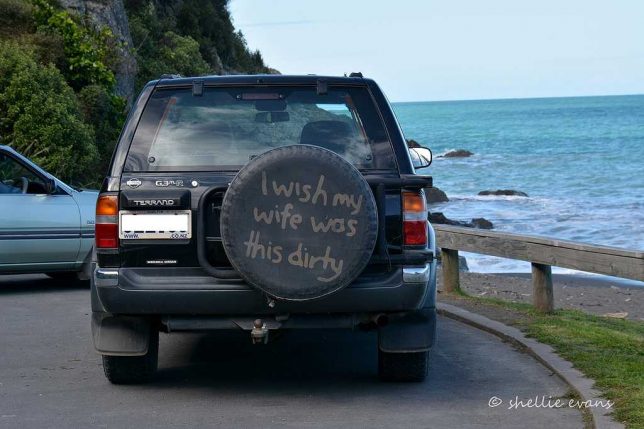 Flickr member Shellie (flyingkiwigirl) couldn’t resist snapping this spare “tyre” cover on a Nissan SUV parked near Rarangi Beach in New Zealand. We can’t help wondering if the driver’s wife approves of the expressed sentiment… on second thought, there really isn’t a wife to approve or disapprove, is there?