Spring has sprung – officially, at least – as green-thumbed gardeners shop for seeds, shrubs and soil… but not at these abandoned garden centers. 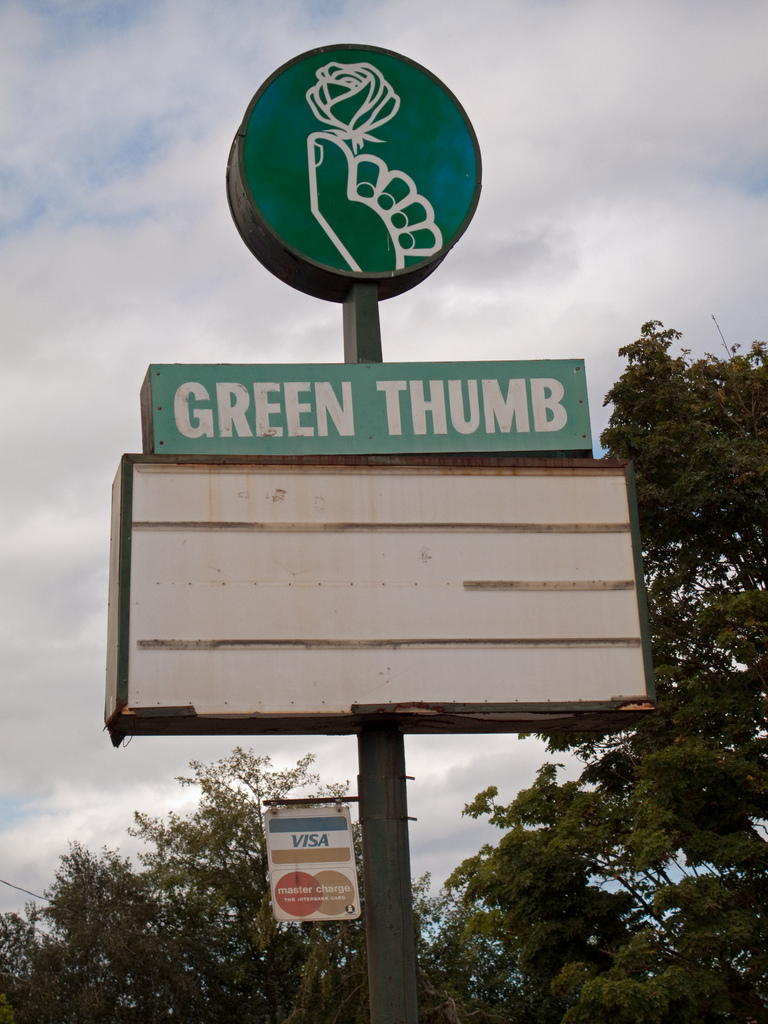 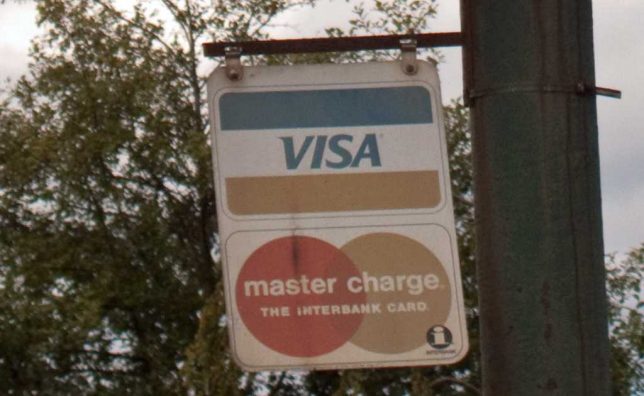 Speaking of green thumbs, the Green Thumb garden center in Sequim, WA appeared to have it all: a landscaped back lot, a shaded gazebo, a sign that advertised their acceptance of VISA and Master Charge cards… wait, Master “Charge”?? 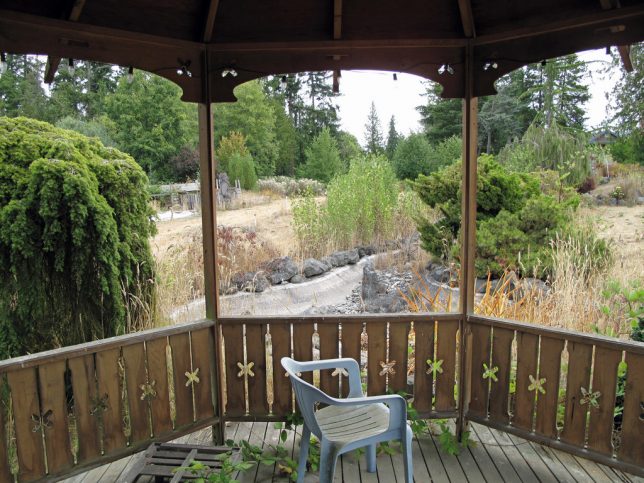 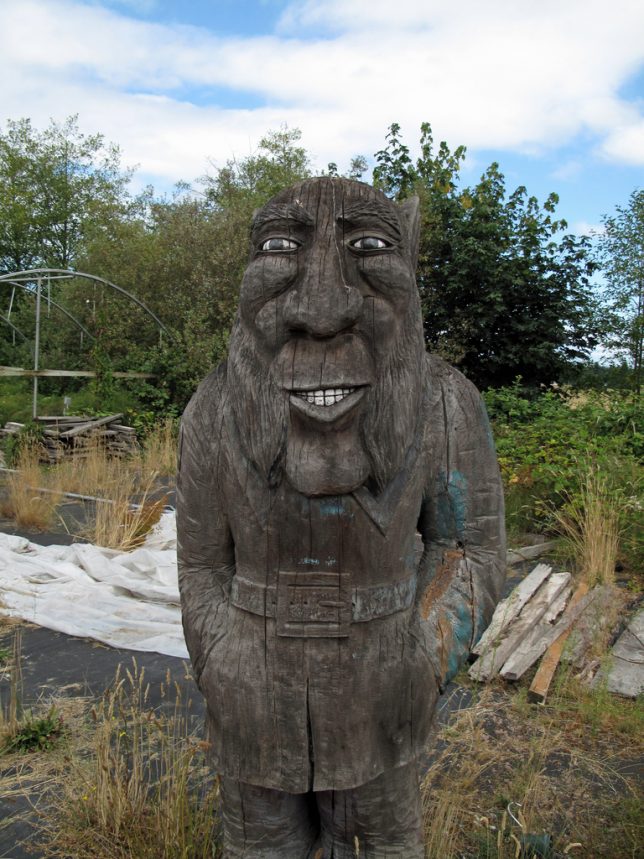 Yeah, the Green Thumb garden center would appear to have faded to black some time ago – or, they just weren’t finicky about updating their signage. Maybe both. Flickr member Derek Lyons visited the has-been horticultural emporium in August of 2010, escaping with these images while avoiding the ire of a really creepy chain-saw sculpture. 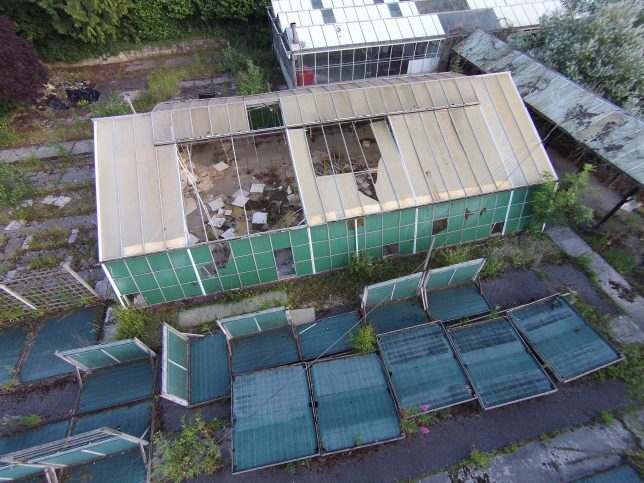 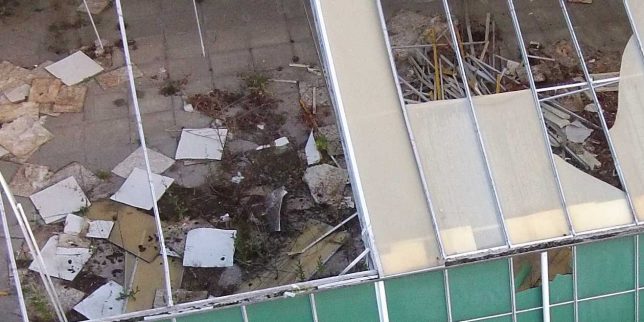 House and Garden? More like Houses OR Gardens, and when it comes to this abandoned garden center in Lower Shiplake, UK, the houses have won the battle. Flickr member 261066 snapped the Engbers Garden Centre in July of 2014, acquiring the dizzying overhead view from DJI Phantom 2 Vision Quadcopter drone. Within a couple of years, a new housing division would have sprouted up on this site. 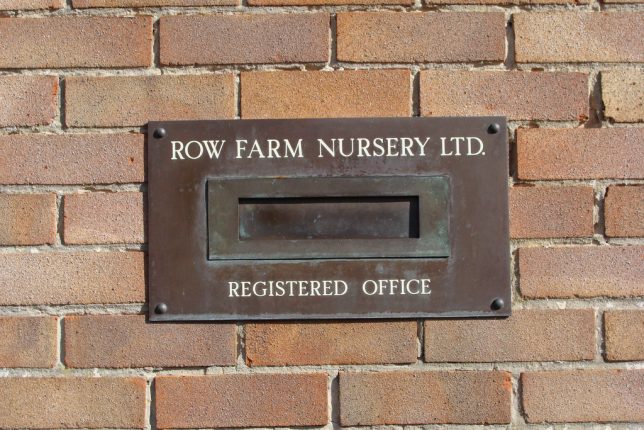 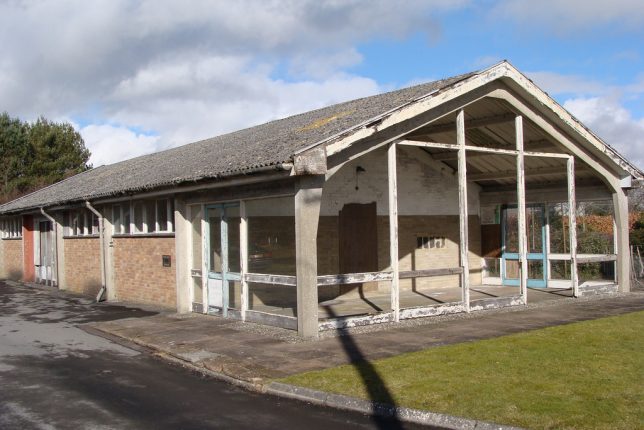 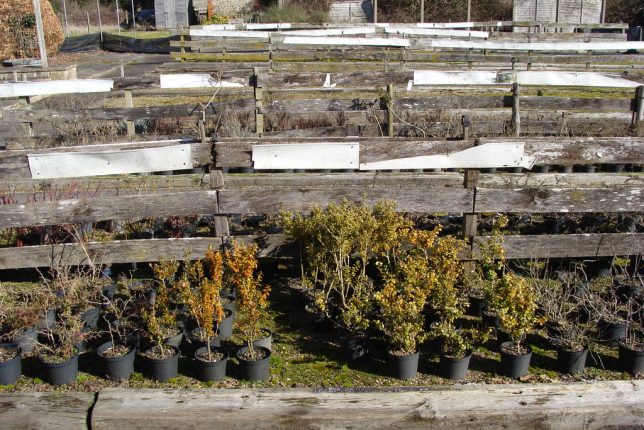 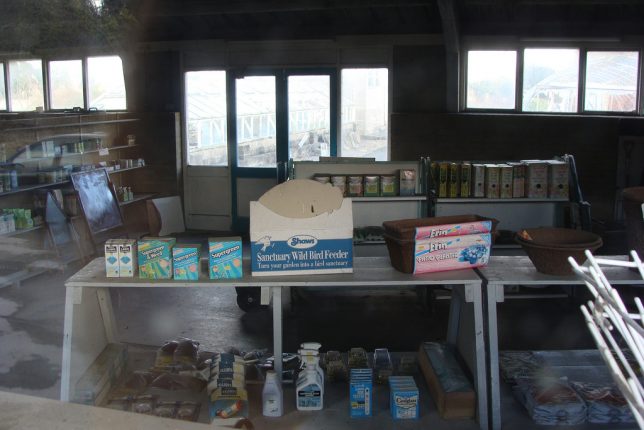 Even the evergreens are struggling to maintain their chlorophyll levels under the wan winter sun, though lack of maintenance is surely a contributing factor. The photographer doesn’t explain when the wilted Wiltshire center closed, or why it’s still stocked with salvageable fertilizers and other commercial plant products. 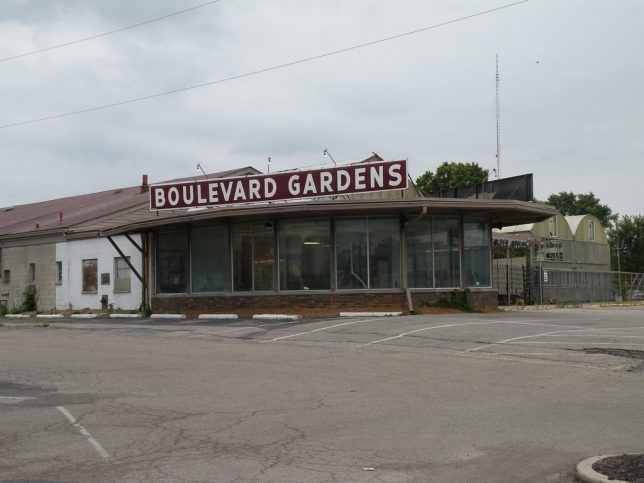 Boulevard Gardens was a garden center in Columbus, OH, operating for almost seven decades before finally throwing in the trowel. Flickr member jinjian liang (liangjinjian) expressed disappointment the shop was shut, recalling a “help wanted” ad posted in the store window earlier in 2009. 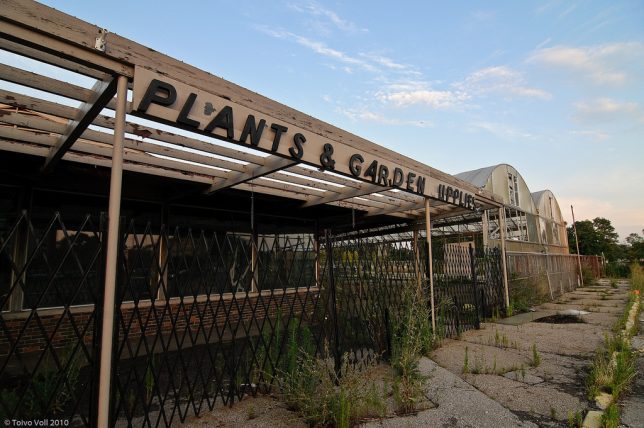 Flickr member Varjohaltia snapped the shuttered sapling salon in July of 2010, mere months before the abandoned garden center was demolished. 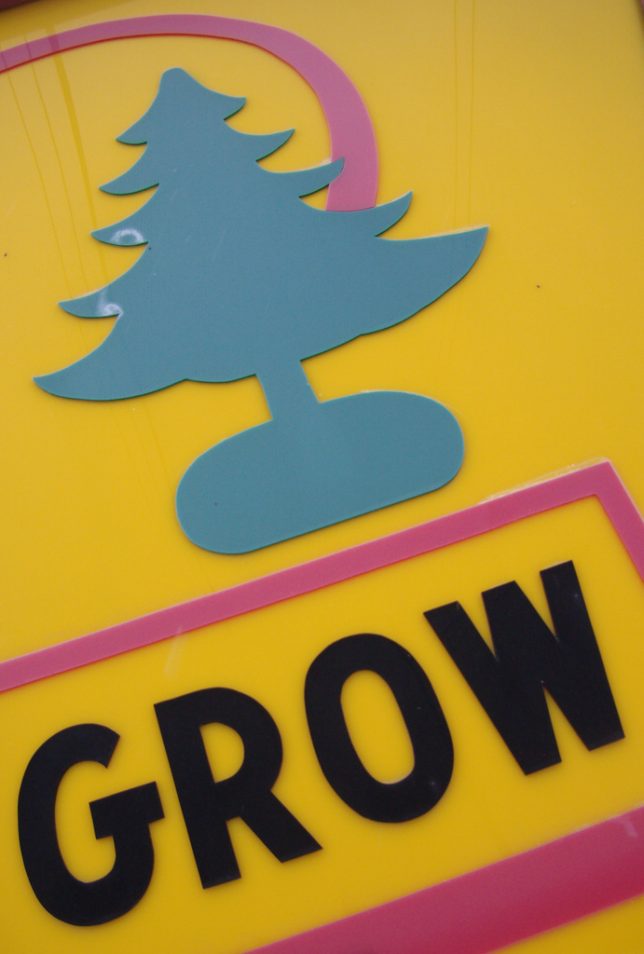 According to Flickr member Greg Phelps (That Car), Boulevard Gardens ended its seven-decade run in late 2008, and was bought by the neighboring Union Cemetery at the end of 2010. Looks like the “planting” will continue, though hopefully nothing will grow.