The abandoned Virginia Renaissance Faire in Fredericksburg, Virginia was a short-lived medieval-themed festival whose days (and knights) were numbered. 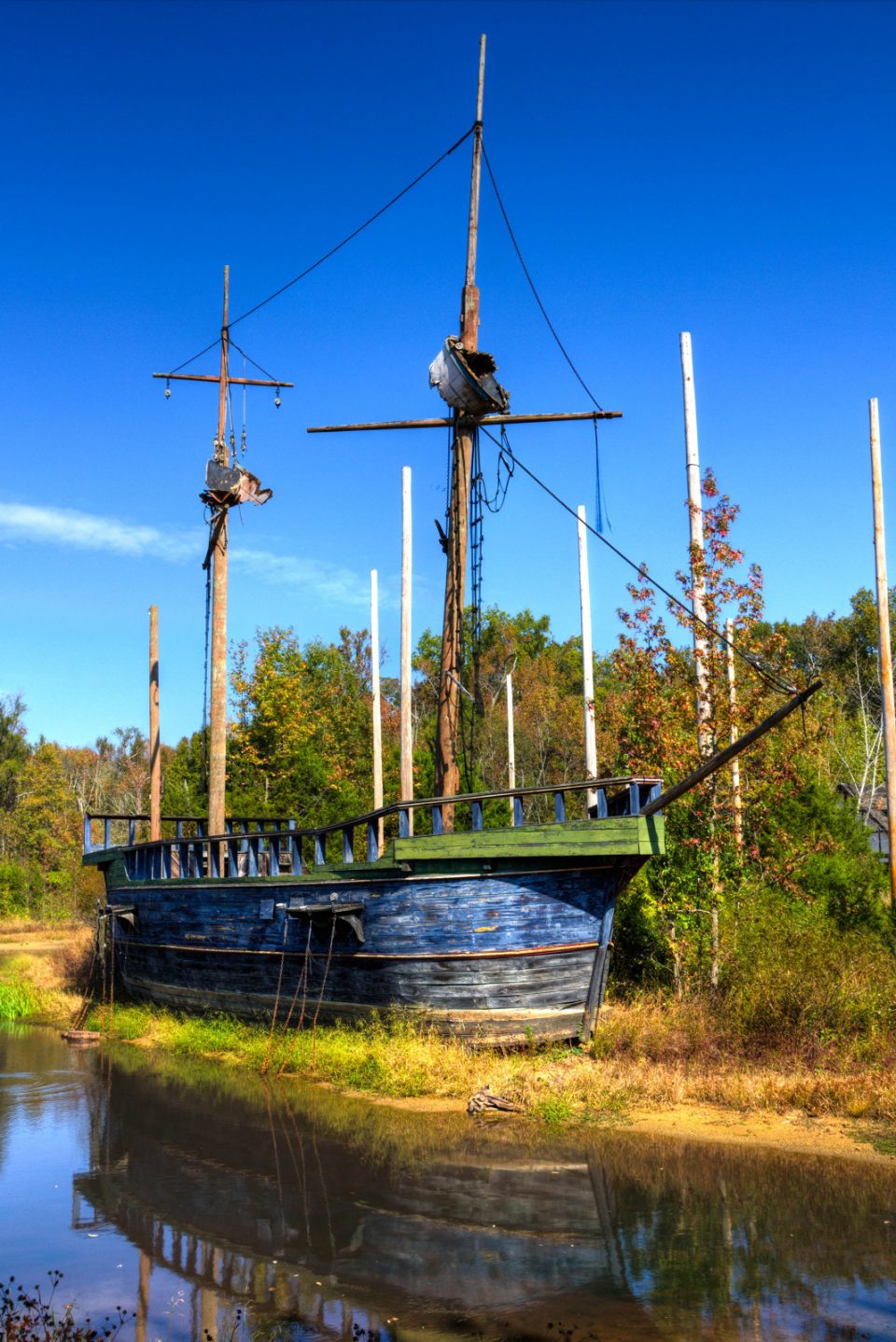 It seemed like a good idea at the time… the Nineties saw a global explosion of “ren faires” and you practically needed a catapult to get on that particular bandwagon. Not to mention that Sherwood Forest had both an ideal name and an idyllic location deep in the Virginia countryside. How could the Renaissance Entertainment Corporation resist its allure? In time, they would wish they’d have done just that. 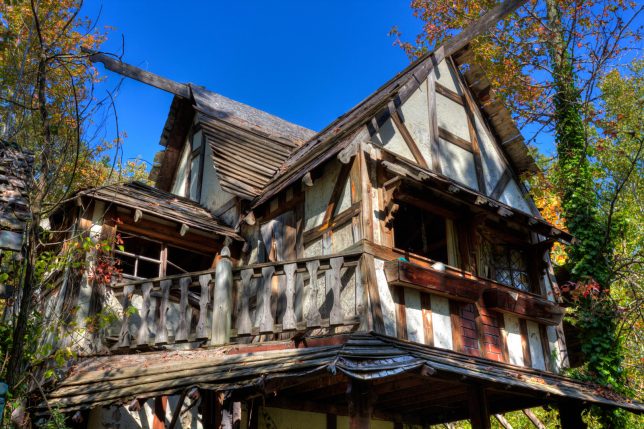 The Virginia Renaissance Faire first let down its drawbridge in 1996 and visitors flocked to the festival’s animate and inanimate attractions… well, for a while at least. Sherwood Forest may have been serendipitously named but the location, 45 miles (72 km) south of Washington, D.C. and 58 miles (93 km) north of Richmond, was oppressively hot and humid in the summer. Swampy grounds begat clouds of mosquitoes in biblical proportions – not exactly the “buzz” the faire’s owners were banking on. 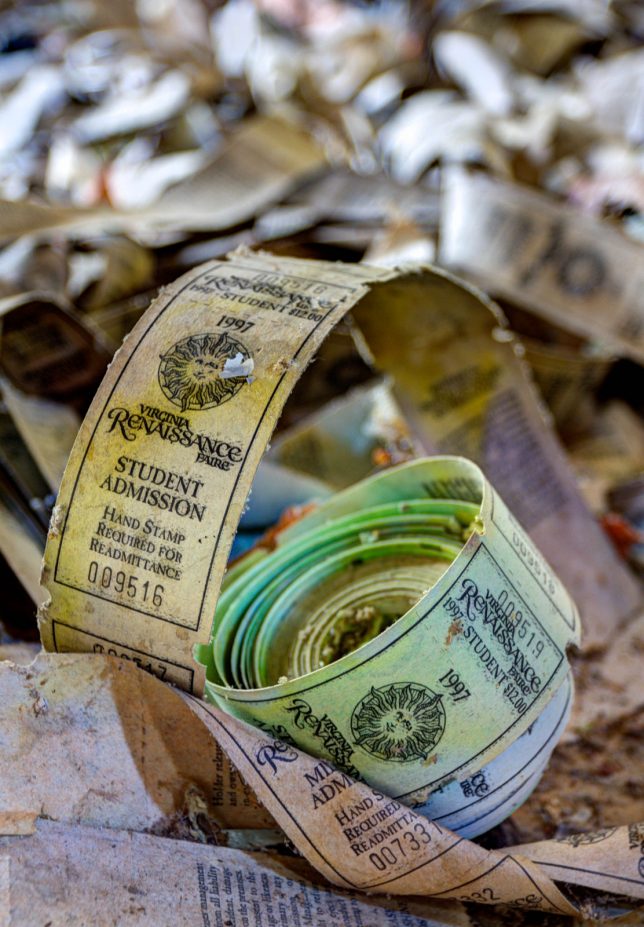 By 1999, losses were mounting at this and REC’s other venues. We’d make a “Dark Ages” wisecrack here but hey, it’s no fun flogging a dead horse. Decisions made in the corporate boardroom finally reached the Virginia Renaissance Faire’s paid and volunteer staff just as the season ended: there would not be a 2000 season, and don’t let the portcullis hit ye olde posteriors on the way out. 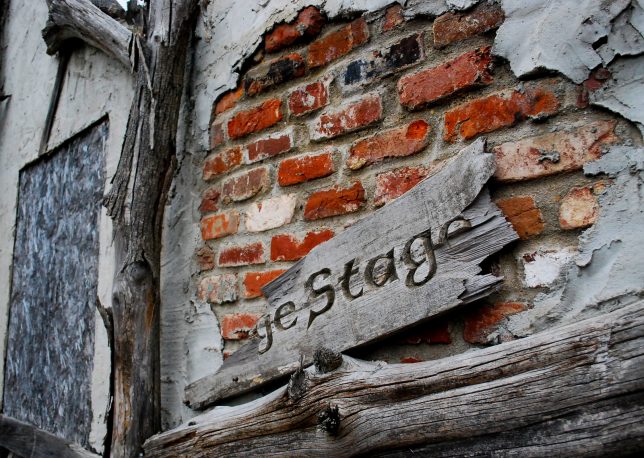 The suddenness of the faire’s closure likely scotched any plans for any organized dismantling and salvaging. Instead, the site appears to have been abandoned as-is and in place; the isolation that proved so enticing at one time serving to preserve what was left behind. 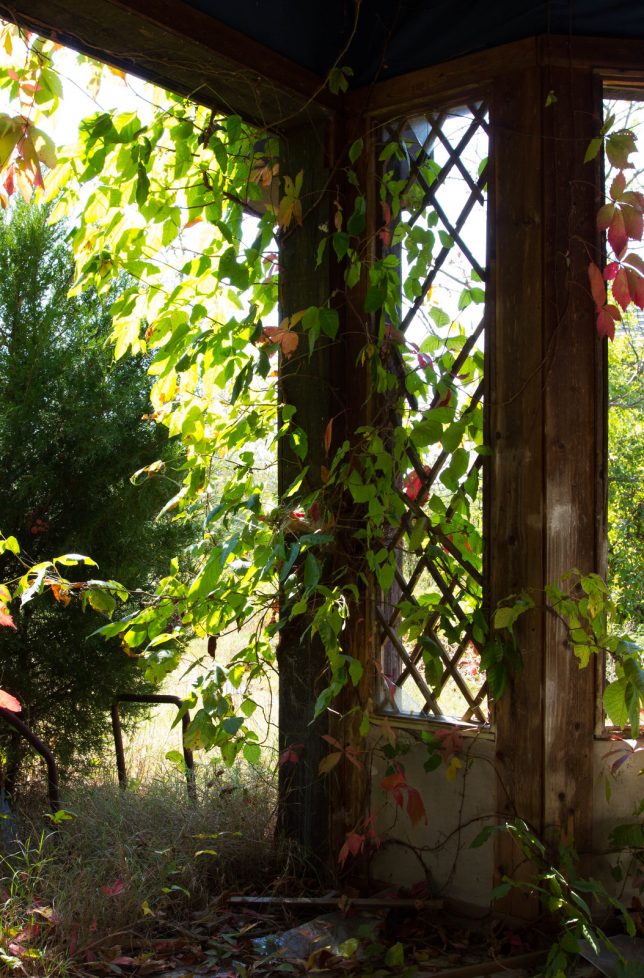 Photographer Joel Handwerk of Lithium Photo visited the former Virginia Renaissance Faire roughly 15 years after it closed. Judging from the colorful state of the encroaching vegetation, Handwerk’s visit occurred in autumn… the clearer air, bluer skies (and lack of biting insects) would likely have been appreciated by faire attendees in days of yore. 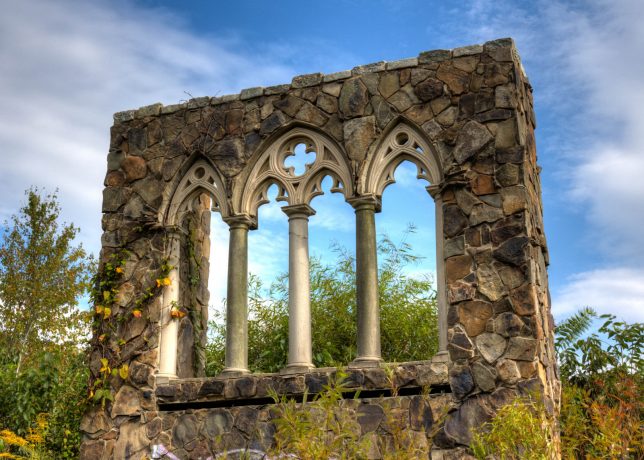 It’s a tad ironic to note the state of the faire’s facilities: actual buildings dating back to the actual Middle Ages have held up better. Pleasant weather notwithstanding, Handwerk’s evocative photos really bring out the “gloom and doom” vibe that surrounds this and so many other abandonments. 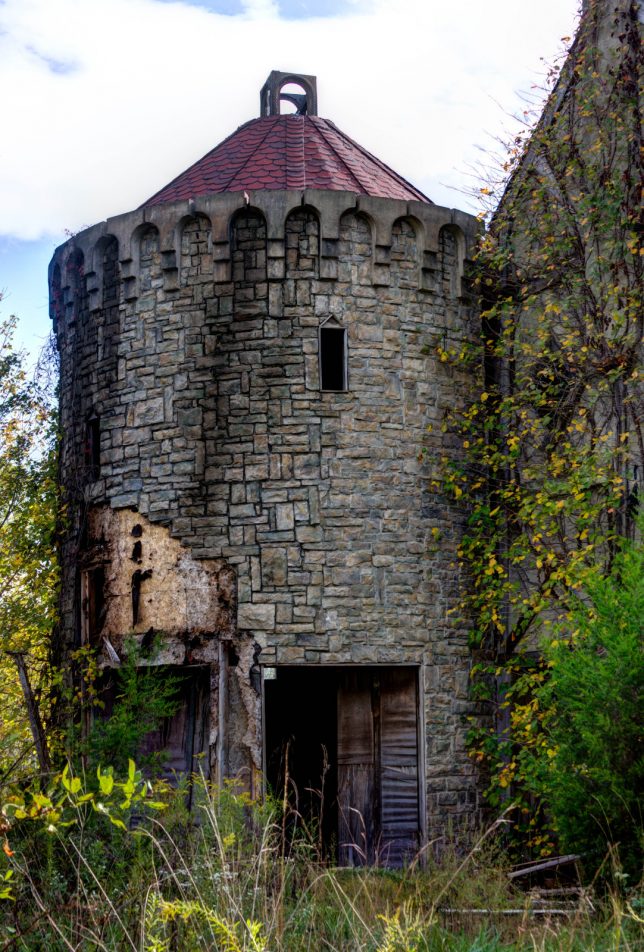 Fans of ren faires in general and of this one in particular shouldn’t feel too downhearted, however. Some of the Virginia Renaissance Faire’s performers regrouped to form “Out Of The Woodwork Productions”, and in 2002 they organized a new festival at the Lake Anna Winery in nearby Spotsylvania. The successor faire opens annually on the Saturday of Mother’s Day weekend, and runs for the following five weekends. Yea, verily!