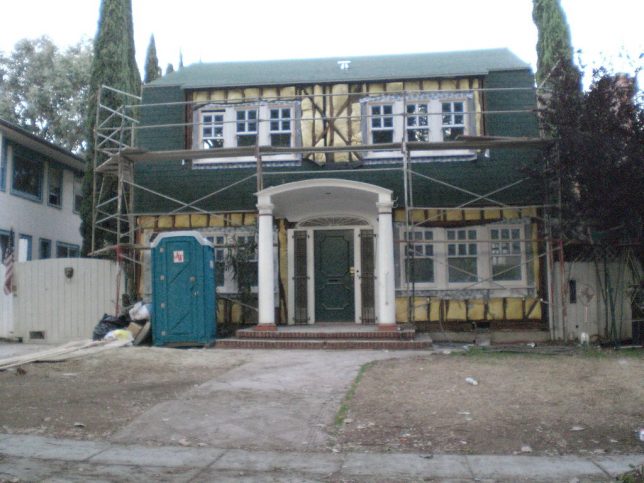 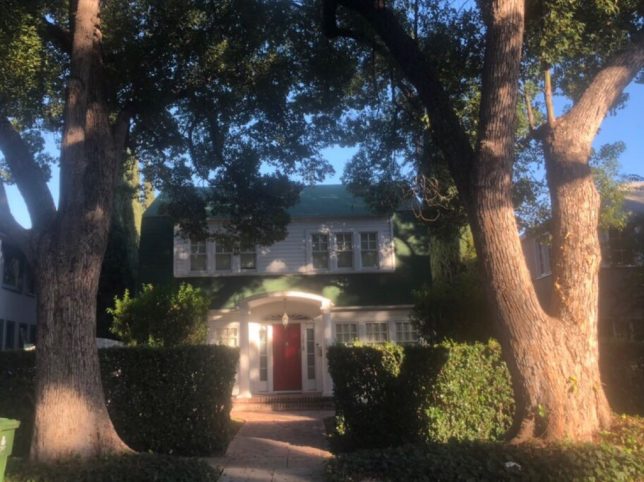 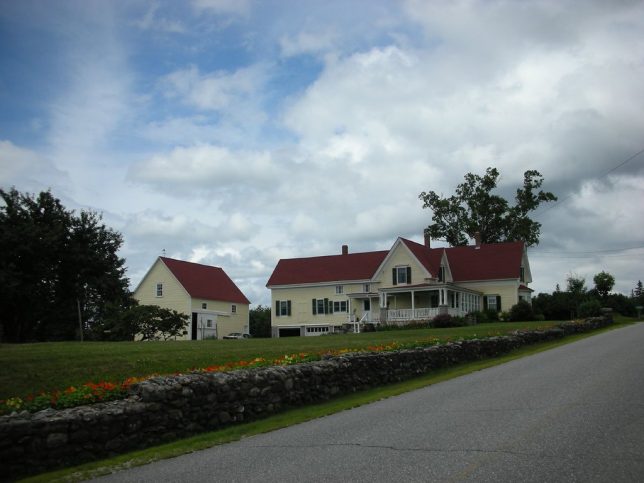 The house where the Creed family lived in the 1989 horror film Pet Sematary is located in Orrington, about a 15 minute drive south of Bangor, Maine. Supposedly, author Stephen King was renting the house in 1979 when his daughter’s cat was hit and killed by a truck on the road out front. There’s even an actual pet cemetery in the woods behind the 115-year-old house, though we’re not sure if it’s included on the property‘s 3-acre plot. (image via scott_thomas77) 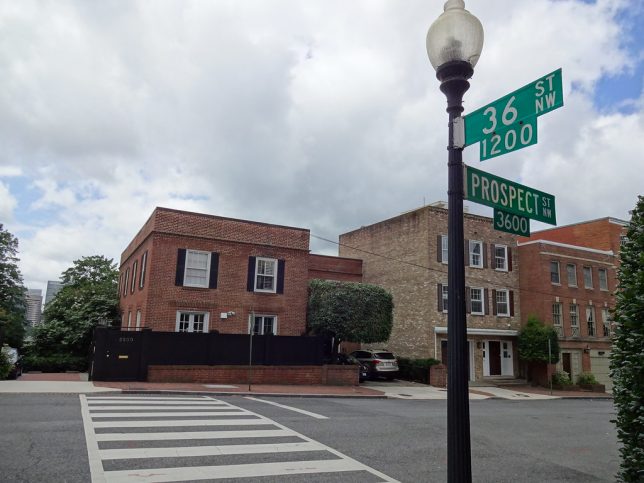 Would you like flies with that? Here’s the house at 3600 Prospect Ave. in Washington, D.C. Where many scenes from the 1973 horror thriller The Exorcist were shot. Director William Friedkin encountered a host of problems during filming that included one of sets burning down – actresses Ellen Burstyn and Linda Blair suffered injuries that required years of therapy. The house on Prospect Ave was unaffected by any issues, though visitors are advised to look both ways before they “cross” the street. (image via NealMobley) 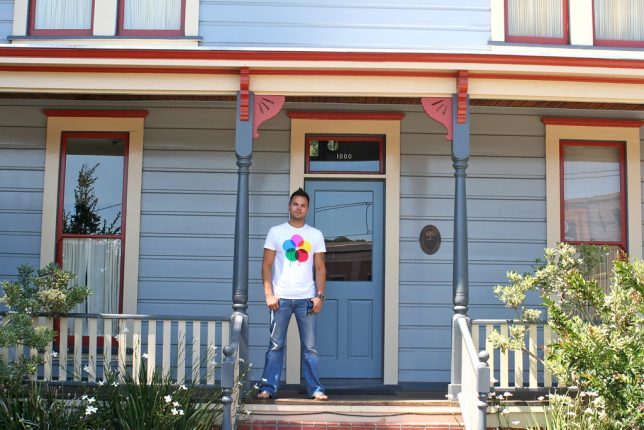 Exterior shots from the iconic 1978 slasher flick Halloween were filmed at 1000 Mission Street in South Pasadena, CA. The John Carpenter classic was filmed on an exceptionally low budget of just $325,000 and as of press time has a cumulative worldwide gross of over $47 million. The so-called “Myers House” has been given an incongruously colorful makeover of late, though it’s better seen in the daytime… for a whole bunch of reasons. (image via Brian Wilkins)