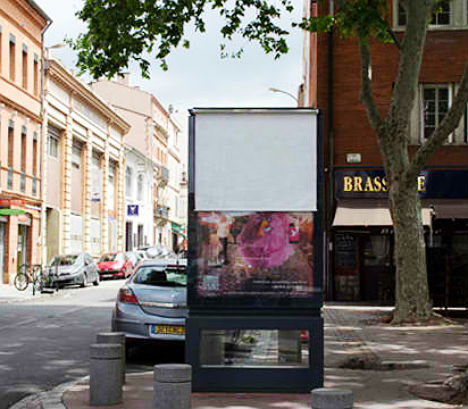 Tired of seeing advertisements plastered all over city surfaces, from billboards to bus stops? French artist The Wa has a simple solution: pull down the shade. The installation artist placed roller blinds over ads in the city of Toulouse, allowing passersby to decide whether or not they want to look at them. 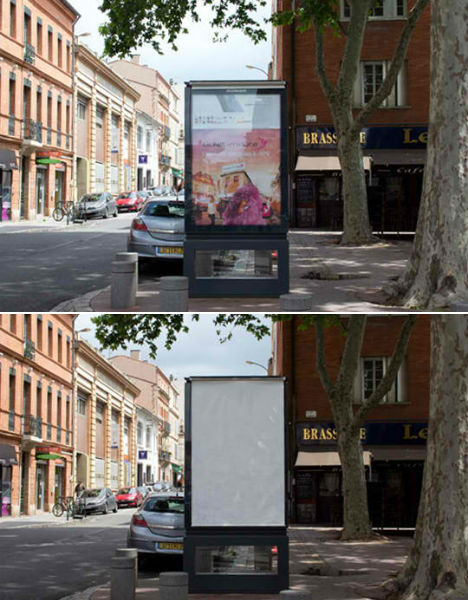 With public advertising seemingly reaching a saturation point – they’re even printed on manholes! – it’s no surprise that some people are feeling a little ad fatigue. Small guerilla efforts to replace ads with art or create ‘subvertising’ call to mind the more extreme efforts of the city of São Paulo, Brazil, which was scrubbed clean of advertising in 2006 thanks to the mayor’s ‘Clean City Law’. Six years later, the city is still ad-free. 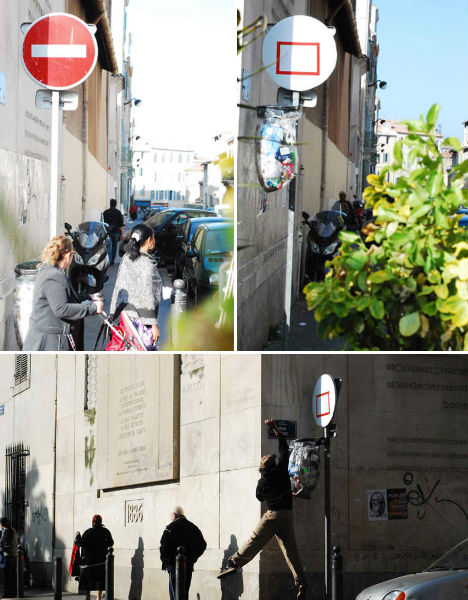 Artist The Wa is generally known for larger installations. ‘Playground’ turned a do-not-enter sign into a basketball hoop with a  trash bag that promotes both fun and civic responsibility. Another installation spells out ‘Wrong World’ using brand logos. ‘Different Techniques’ reproduces large posters of flowers – the favorites of Kim Jong-Il and his son, Kim Il-Sung – and places them in a Western cityscape, juxtaposed with more conventional advertisements. 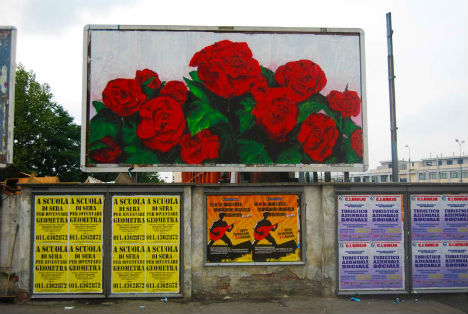 Alexandra Ross says of The Wa, “The most common relationship we are likely to have with the work of The Wa is with hindsight or through hearsay. Its critical, subversive provocations resist a lengthy duration in the public arena that would afford one the opportunity to experience it first hand. The lifespan of the artworks vary in public exposure, installation and removal. Therefore, it is the temporality of his work that is crucial to its reading.”