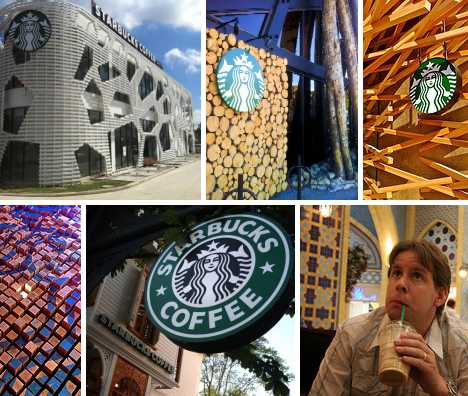 As global gourmet coffee giant Starbucks prepares to open its 20,000th store, the world’s largest coffeehouse corporation finds itself torn between the need to support its hard-earned brand identity and the desire to appeal to local cultures, customs and customers. These 10 international Starbucks outlets manage to satisfy both imperatives while jolting the senses like a triple-shot Venti espresso. 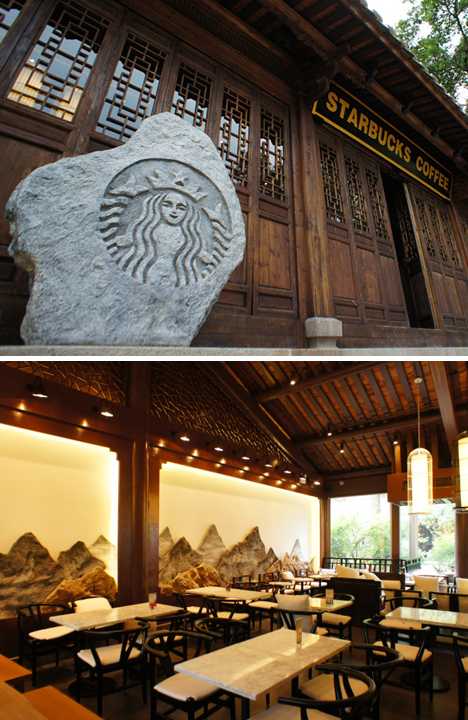 One must tread carefully in Fuzhou, at least when it comes to cultural concerns. This ancient southern Chinese city takes pride in its distinct dialect and unique cuisine while taking umbrage at those who ignore history and heritage. Starbucks hears the message, their exquisite new Fuzhou store reflects what they’ve learned. 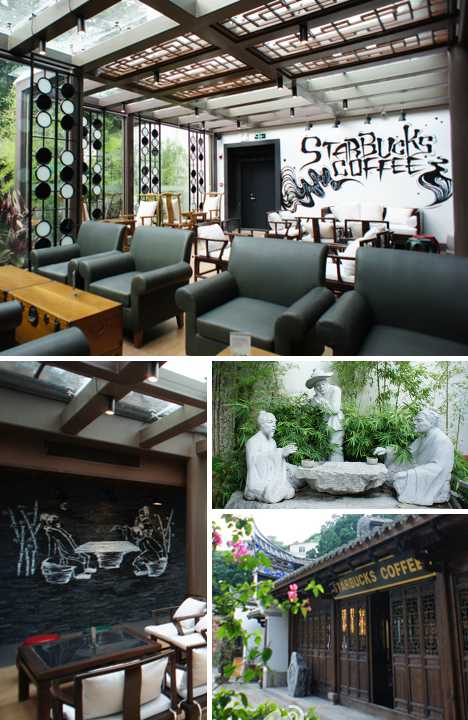 Designed to echo the classic ambiance of the thousand-year-old Master of the Nets Garden in Suzhou, just up the coast, this air conditioned and luxuriously furnished Starbucks respects regional art forms while giving today’s Chinese consumers what they want: an “aspirational” bistro serving up locally-influenced products in upscale surroundings. 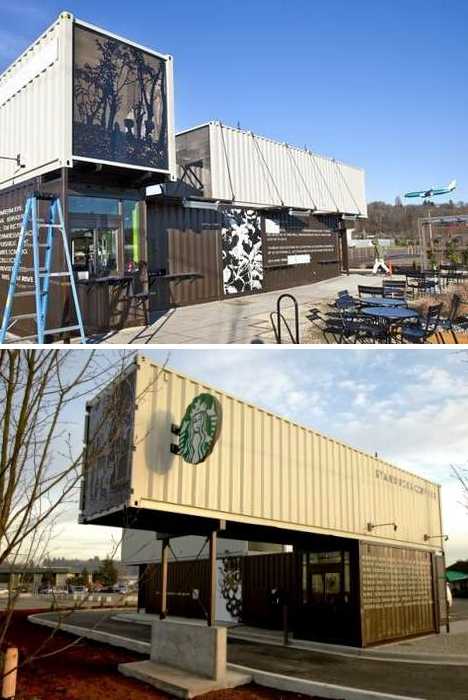 The so-called “Reclamation Drive-Thru” in Tukwila, Washington, takes environmental awareness to the next level. Constructed of four rescued and upcycled steel shipping containers, the outlet only offers drive-thru and walk-up service as there’s only enough space inside to accommodate a trio of baristas, their supplies and equipment. 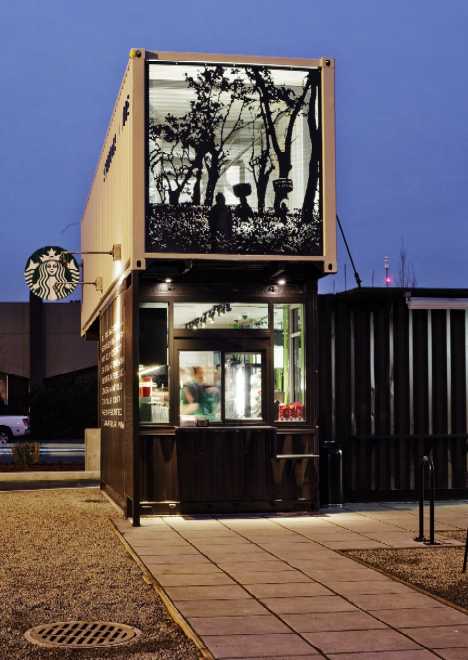 Green is more than just a paint job at the Reclamation Drive-Thru. Intended to be a showcase of Starbucks’ eco-friendly side, the store was designed along LEED green building standards and boasts integrated rainwater harvesting though we’re not sure the harvested water is used to brew the stores’ coffee. 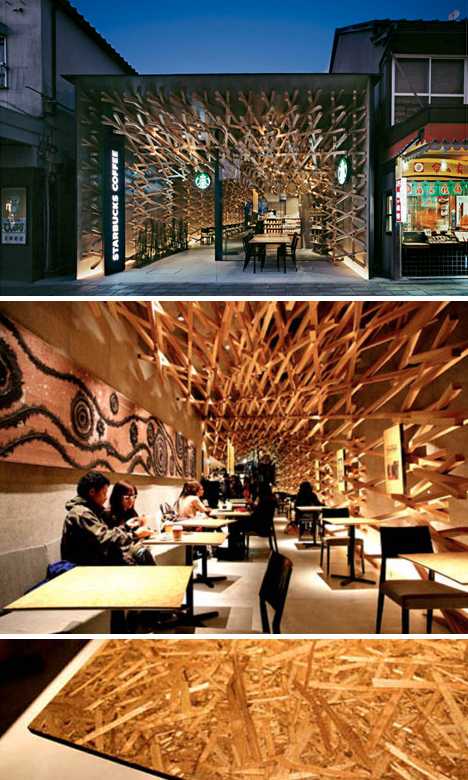 Kenny Rogers once said “it’s the wood that makes it good,” Kengo Kuma put that philosophy into effect beautifully at a one-of-a-kind Starbucks store in Dazaifu, Fukuoka Prefecture, Japan. Cognizant of the store’s proximity to the Dazaifu Tenmangu shrine (established in 919 A.D.), Kuma was determined to put harmony above hucksterism while respecting the varying needs of thirsty shrine visitors. 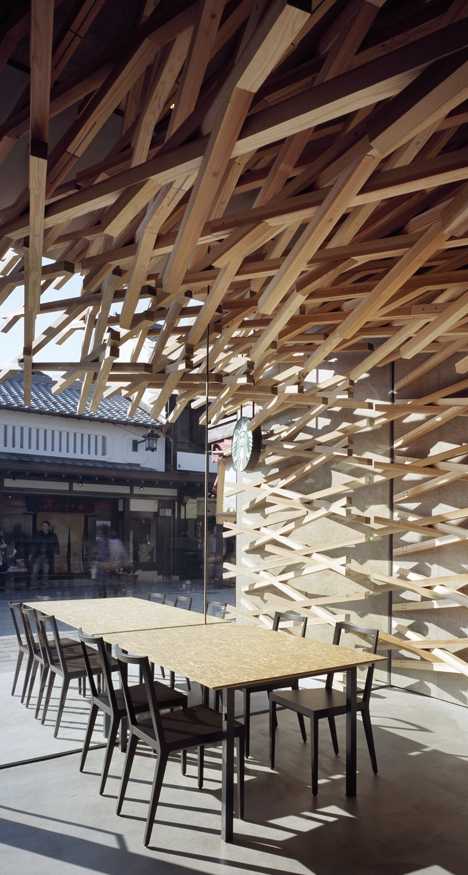 Completed in 2008, the Dazaifu Starbucks offers customers a “fluid, cave-like space” warmed by the presence of some 2,000 wooden sticks woven intricately along the structure’s walls. Lined up end to end, the sticks would stretch 4.4km or 2.735 miles. Subtle lighting and restrained decoration heightens the minimalist feel of the store while reinforcing the Starbucks brand identity through strategically placed signage. 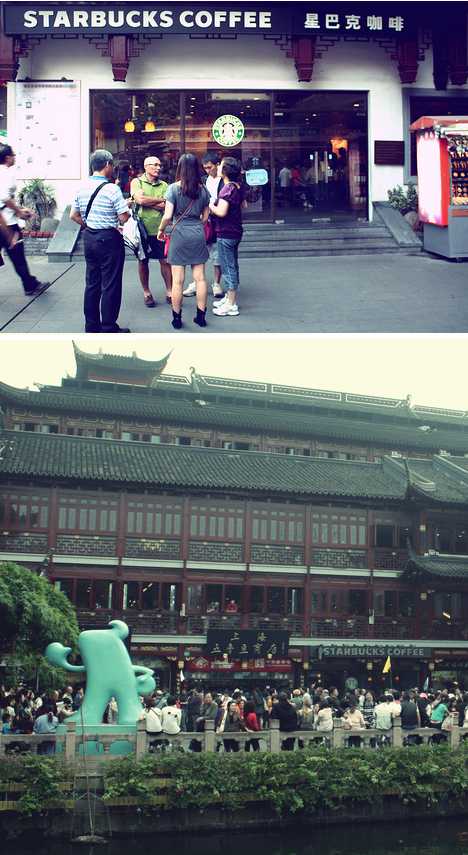 The plaza near the 400-year-old Yu Yuan Garden and Shanghai Bazaar offers access to Shanghai’s most popular tourist hotspots and as such, makes an excellent location for a high-volume Starbucks store. Trouble is, the area’s historic architecture would clash unfavorably with that of a standard Starbucks store… or actually, vice-versa. Starbucks’ solution was to camouflage the store as much as possible by incorporating the look of the area’s buildings. 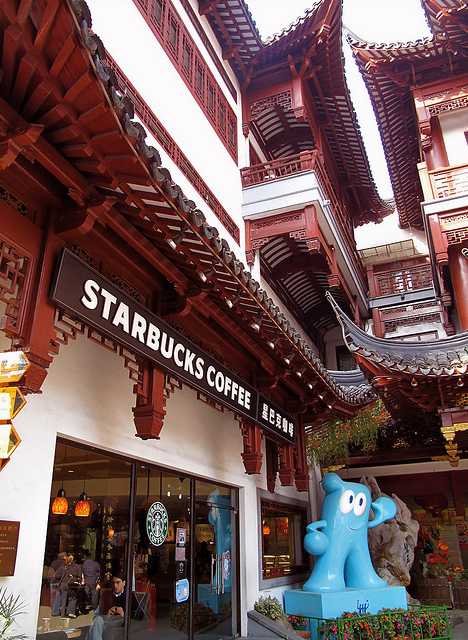 Traveler and photographer Jean-pierre Prieur cleverly captured the understated beauty of this Shanghai Starbucks location, one of almost 700 in China with many more planned. Will it blend? Yes indeed, both when it comes to mixing up a frosty frappuccino or respecting classic Chinese architectural styling. 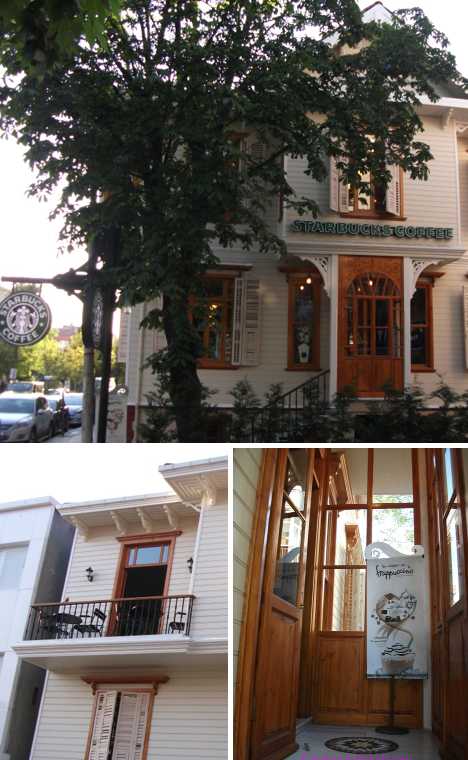 The Starbucks store in Ye?ilköy (about 11 miles west of downtown Istanbul) is one of approximately 150 locations in Turkey, all of which both serve and embody a distinct Turkish flavor. On the inside, the stores serve up enticing national specialties such as orange juice fresh squeezed right in the store and “kahve”, a delicious Turkish coffee with rich, chocolaty overtones. 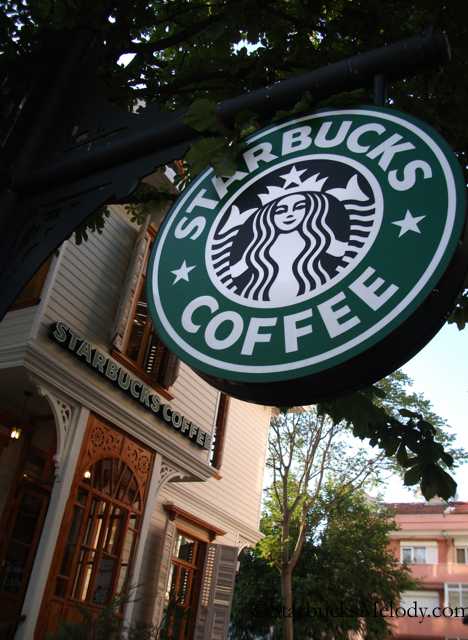 The Starbucks in Ye?ilköy looks a lot like the neighboring buildings in this affluent area of Istanbul, which is no accident. Tall picture windows and an intimate balcony overlooking the Sea of Marmara offer a warm, friendly atmosphere conducive to both coffee and conversation. Should you order a Grande Kahve with the works? That’s nobody’s business but the Turks’.