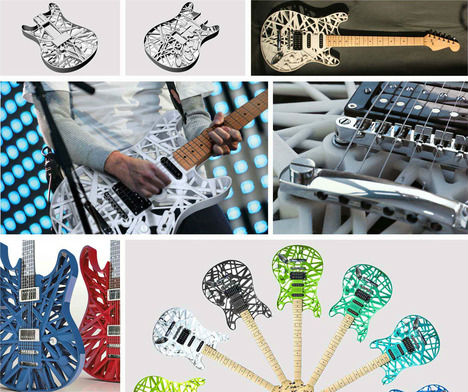 Derek Manson manufactured this fully-functional electric guitar in one piece using additive 3D fabrication, also known as Rapid Prototyping. The body is made of polymer, while the neck is CNC-manufactured wood. Says Manson, “Due to the nature of its manufacturing process individual tendons can be turned on and off before manufacture which means every single body will be unique.” 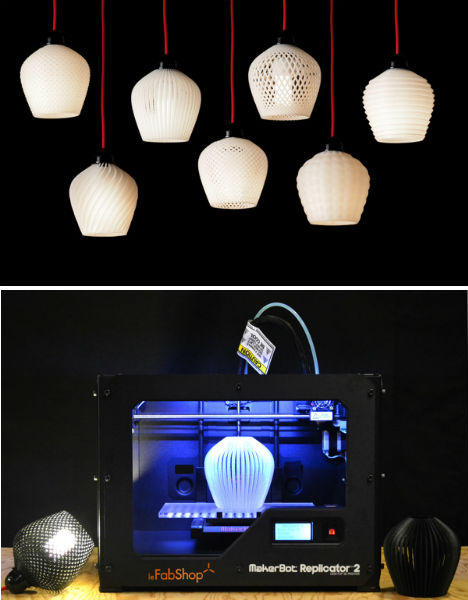 This project started with a broken IKEA lamp, explains Samuel Bernier, the designer of the Dentelle series of 3D printed lampshades. Faced with an array of options he found either visually unappealing or too expensive, Bernier created the first one in a matter of hours, later expanding the range to 12 designs. “They take between 4 and 12 hours to print, use absolutely no support material, weight between 50g and 100g and cost 10 times less when printed on an UP! or Makerbot.” 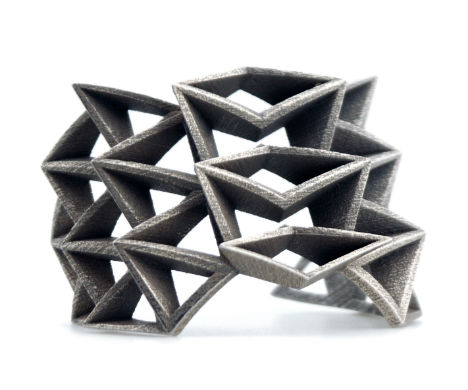 The Spinal Cuff by Fathom & Form is just one example of the creative jewelry that’s possible with 3D printing. While most of us tend to think of 3D-printed objects being made of plastic, it’s also possible to print with metal. This cuff is bronze, and available with silver-plated finish. 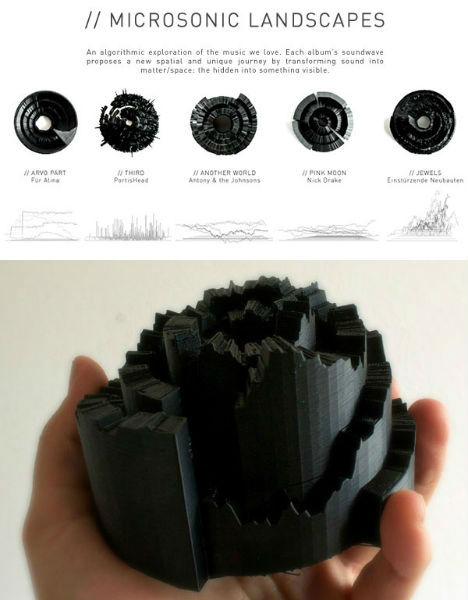 Microsonic landscapes show us what various albums look like when translated to physical material in three dimensions. Research and experimentation studio Realität translated sound waves into visualizations that resemble circular cityscapes, mountain ranges and volcanic craters. Of course, the result varies dramatically by album, depending on whether the music is is hard or soft, filled with lots of heavy bass notes or a lot of high treble. 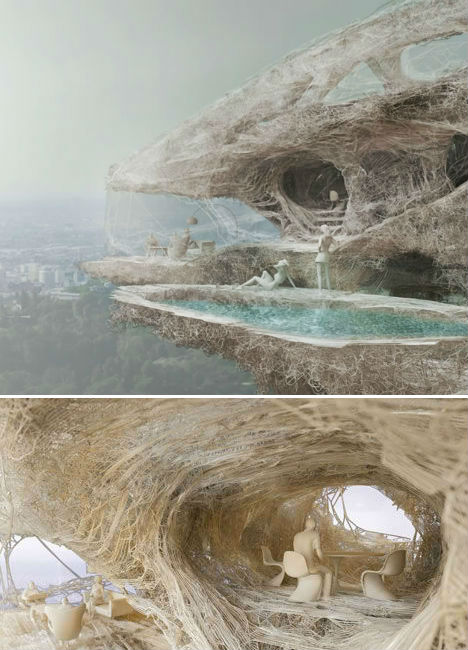 Will this be the first-ever 3D printed house? The odd ProtoHouse 2.0 is competing with the möbius-strip Landscape House to reach that record. Made of plastic, this house can be built off-site in three weeks and assembled in a single day. Softkill Design plans to have the first prototype of the single-story, 26-foot-wide house built by this summer. 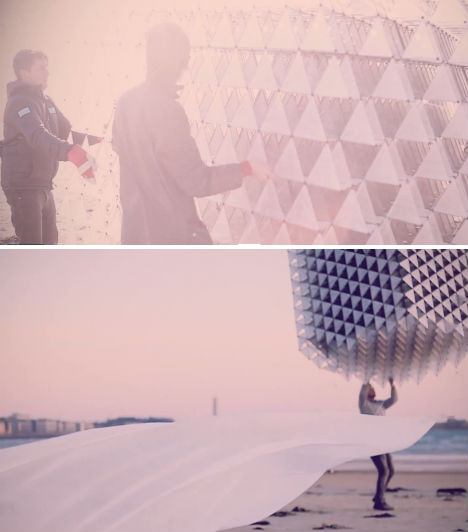 “Little Shining Man” is a kite made of 1700 3D-printed connectors, carbon fiber rods and cubenfiber aerospace fabric. Watch the whole process in this video as the kite is designed, printed, assembled and then taken out for a spin on the beach, looking lighter than air. 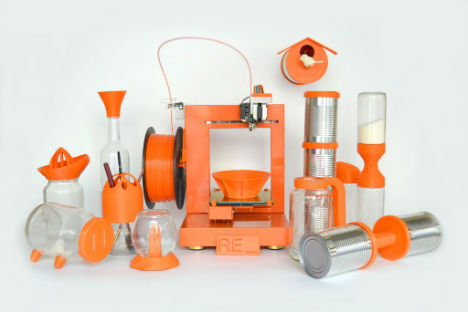 Project RE_ explores 3D printing as a DIY tool for upcycling all sorts of jars and bottles, allowing you to create custom-fitting components that turn those reclaimed objects into watering cans, rain catchers, orange juicers, piggy banks, lamps, bird houses and more. After downloading the designs, users can calibrate the dimensions, choose the colors, customize the shapes and then print them on a ABS FDM 3D printer.