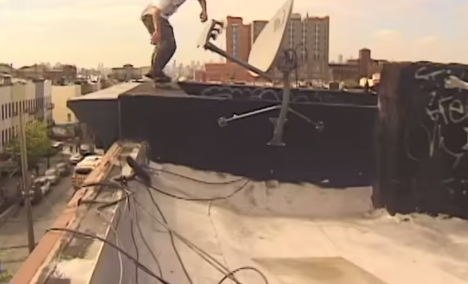 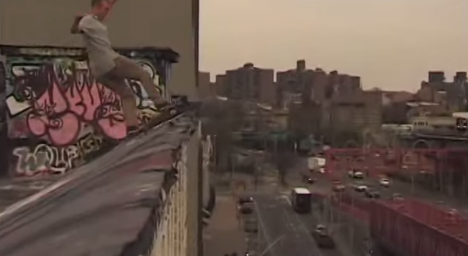 A roof with rounded edges in Brooklyn proved too tempting for a group of skaters captured on film by Mandible Crew. There’s absolutely no room for error here as the skaters zoom right to the edge of the building and catch themselves just in time. 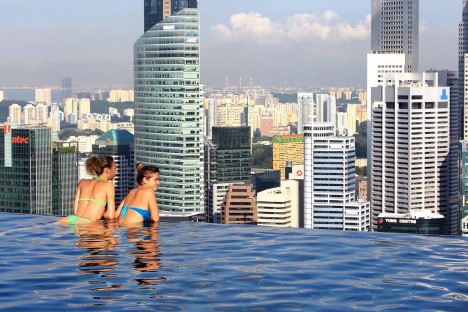 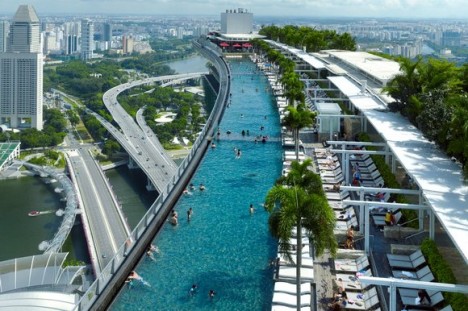 Arguably the most beautiful infinity pool in the world, Singapore’s Marina Bay Sands rooftop swimming spot is 500 feet long and 679 feet off the ground. Offering panoramic views of the skyline, the pool’s invisible edge makes it seem like you could swim right off the edge of the massive sky park and fall into the streets below. 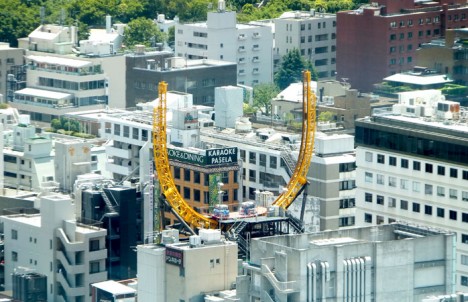 The eight-story Don Quijote discount chain store location in Roppongi includes a sizable half-pipe rollercoaster, completed in 2006. Envisioned as a new way to draw in potential customers to the busy shop in the midst of one of Tokyo’s most densely-packed districts, the roller coaster never actually opened because of protests from neighbors who weren’t crazy about the potential noise and activity. As of 2015, it still exists.

While Dubai is doing its very best to create surreal attractions that seem like something out of a fantasy movie, like the snowy ‘Ski Dubai’ indoor resort in the middle of a desert, there’s nothing in the world quite like the rooftop ski slope seen in the 1983 movie Superman III. Villain Ross Webster had his very own slope built on top of his downtown penthouse – improbable, of course, but so are flying men in red capes. In more frigid climes like Norway, it’s not unusual for skiers to use the rooftops of their far smaller homes to launch themselves down hills.