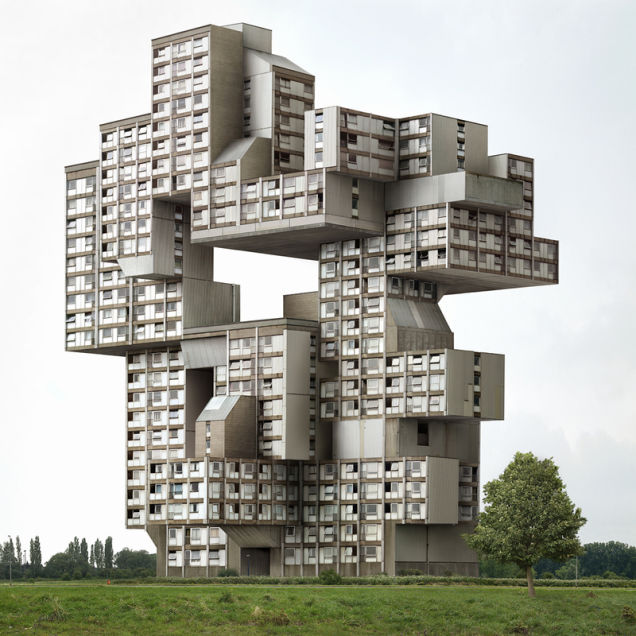 Unbound by gravity, the need for structural soundness or any sense of real-world aesthetics, architecture becomes like a life form of its own, multiplying and mutating in strange and unsettling ways. These fictional architectural assemblages explore unlikely configurations that are only possible with digital art and photo manipulation. 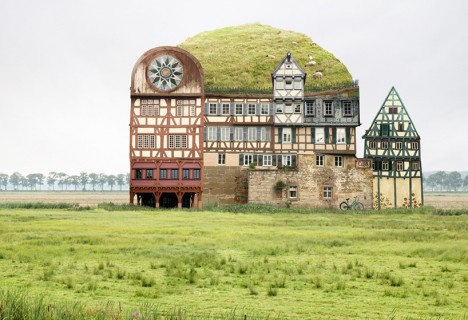 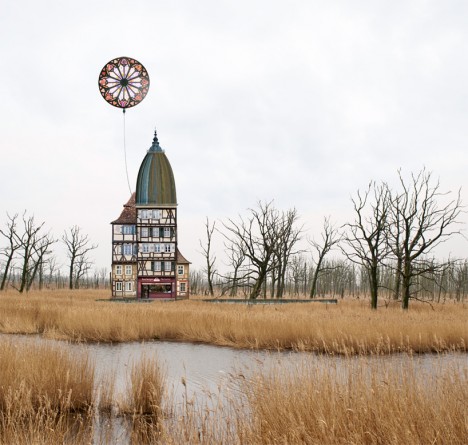 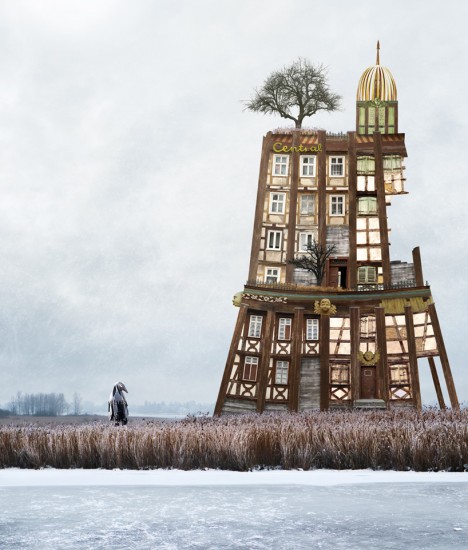 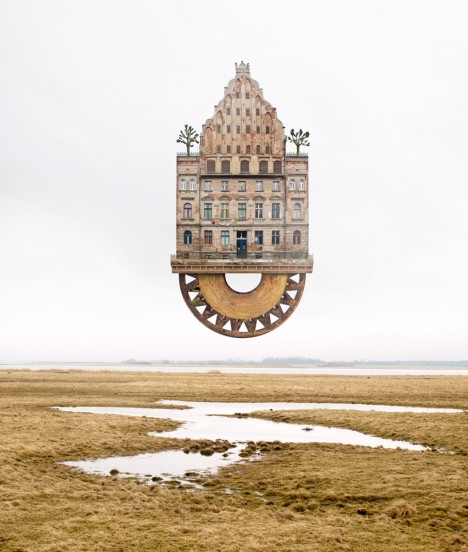 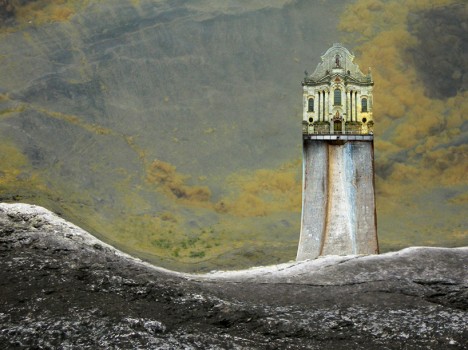 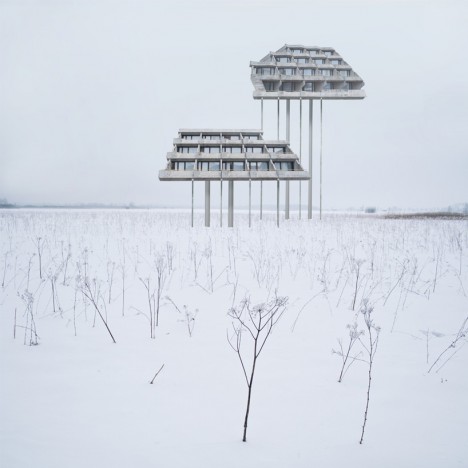 The architectural creations of Matthias Jung seem to inhabit a fairytale realm where gravity doesn’t apply, raising Brutalist concrete structures on tiny stilts, floating stained glass windows like balloons and untethering some from the earth altogether. Some designs, however, seem like they might actually occupy some hidden rural meadow in Europe where aging country homes are actually topped with sheep-dotted hills. Jung is a German-based graphic designer who refers to his strange photo collages as “architectural short poems.” 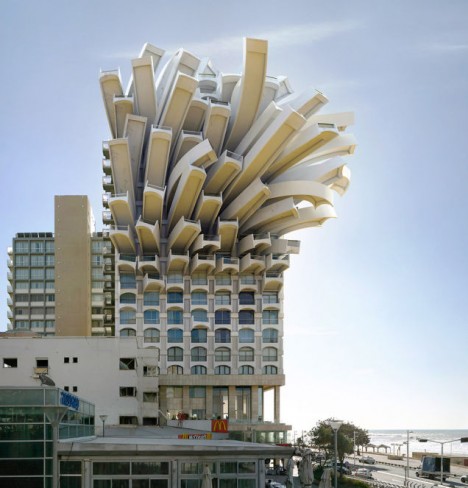 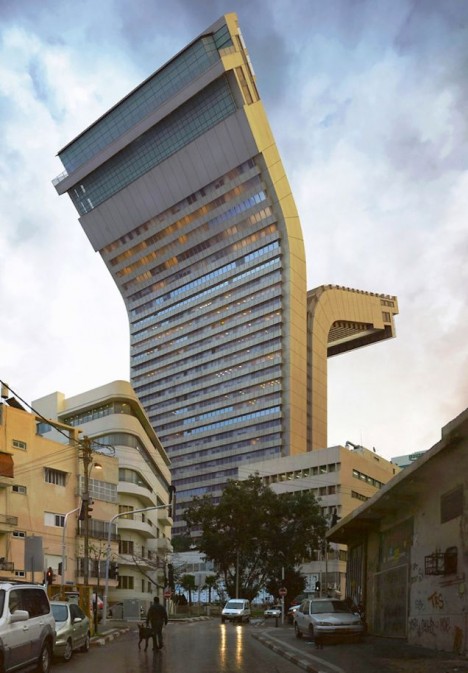 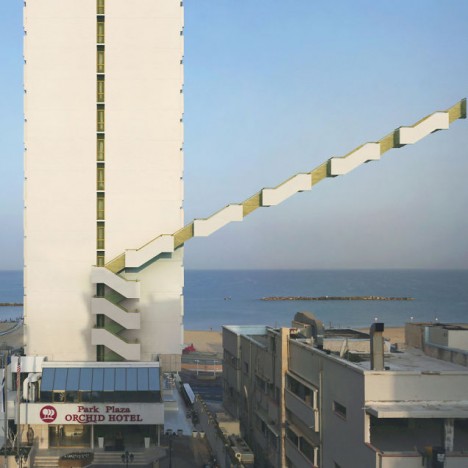 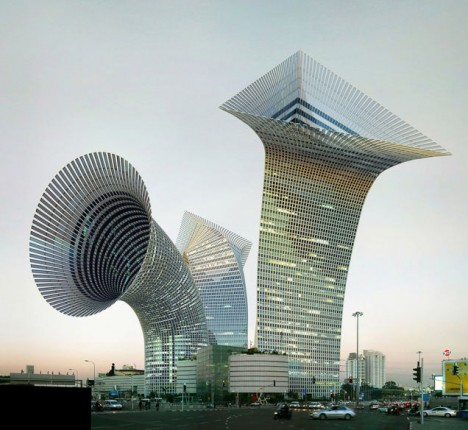 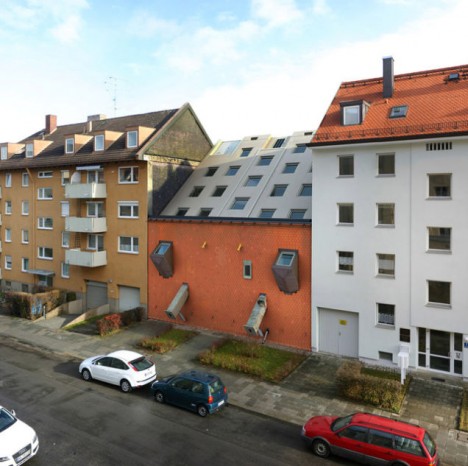 Victor Enrich’s ‘architecture gone wild‘ twists, bends and turns, splitting down the middle as if the buildings are being unzipped or seeming to disassemble before our eyes. Balconies become giant slides leading down to the street, staircases meander off into the sky and individual apartments stretch out of their building toward the sun like leaves on a plant. The Barcelona-born designer travels the world and takes photographs of cities, digitally manipulating them for results that would generally be impossible in the real world.

“Once the object is chosen, it is shot from a point easy to recognize by users, not pretending to achieve the greatest picture ever, but instead, a picture that anybody could do. The shot is the basis to produce a replica of the building by using very detailed photogrammetric techniques that end with the creation of a three-dimensional model that fits almost perfectly into the picture.” 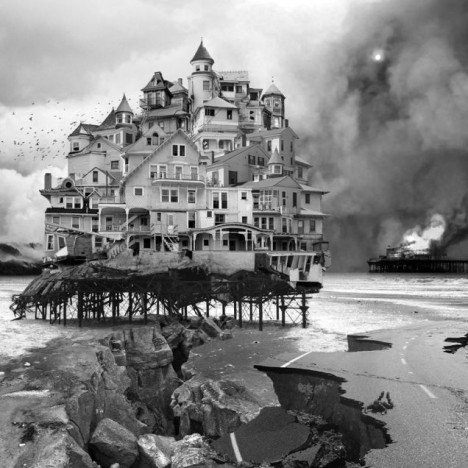 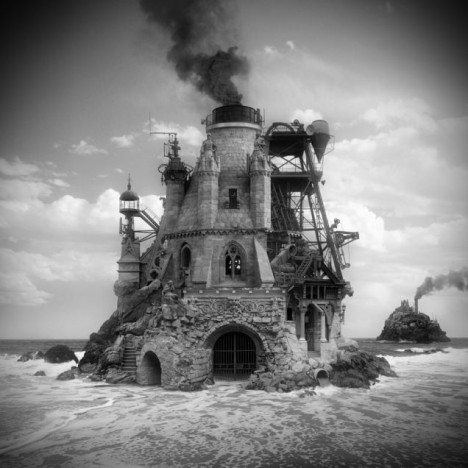 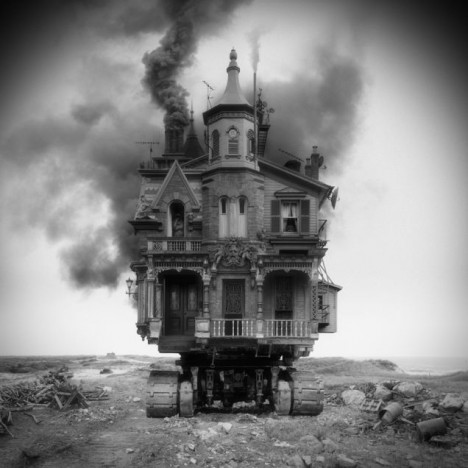 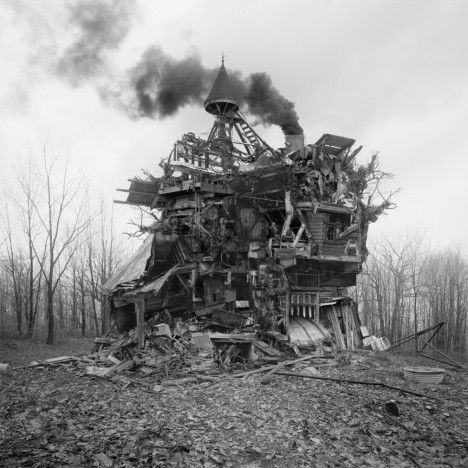 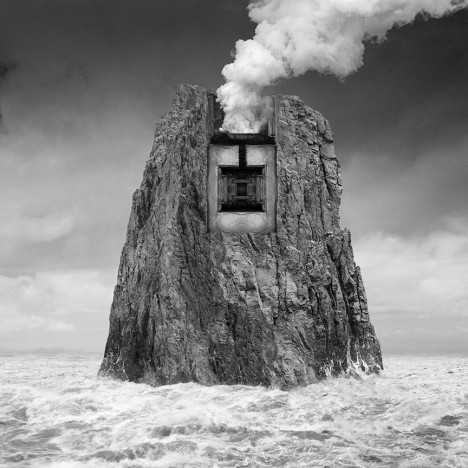 Shadowy passages and strange interiors from horror films like The Shining and the fiction of H.P. Lovecraft tinge the disorienting and disquieting work of Portland-based photographer Jim Kazanjian, who’s inspired by “our inherent anxieties about isolation and vulnerability.” Kazanjian draws on his experience as a CGI artist working on games to create these ‘hyper-collages,’ cobbling together images of buildings, sinkholes and foggy landscapes from an archive of over 30,000 photos.

“My interest in gaming stems from my fascination with architecture and its potential to generate narrative structures,” says the artist. “My time in game development has definitely informed my photographic work. I find that the immersive qualities in both mediums have a strong correlation.”