Many of us have picked up old black and white photographs and wondered what their backstories are, but these artists take history into their own hands, altering the images to produce new narratives. In the following 40+ revised photographic histories, new elements are combined with the mysterious original images, giving them a sense of surreality that could then serve as the basis of an entire book if the creative chain were to continue. 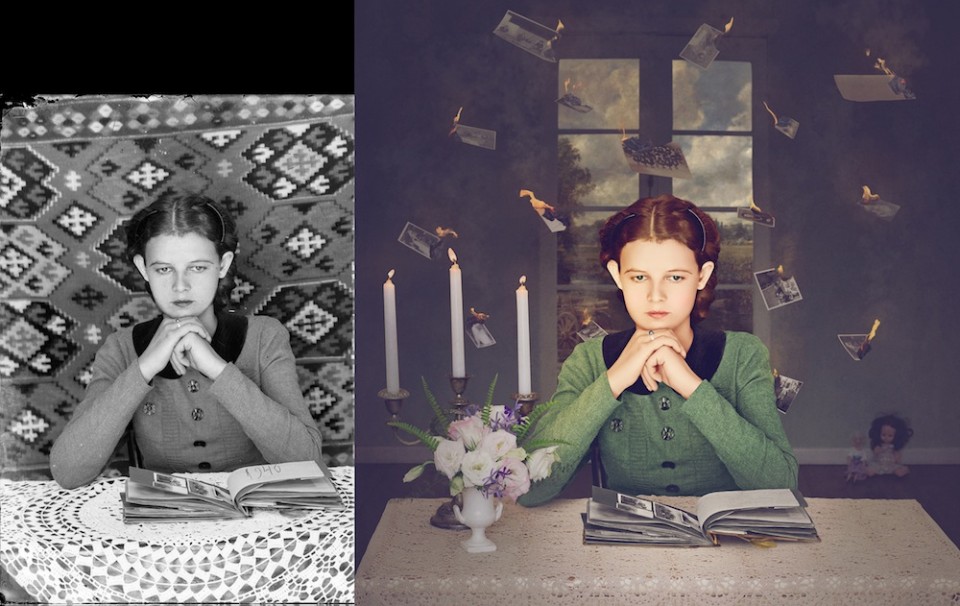 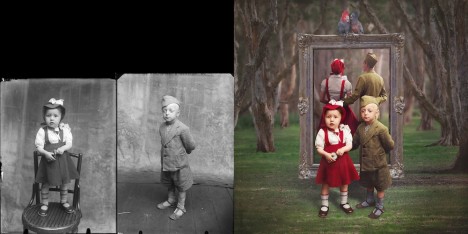 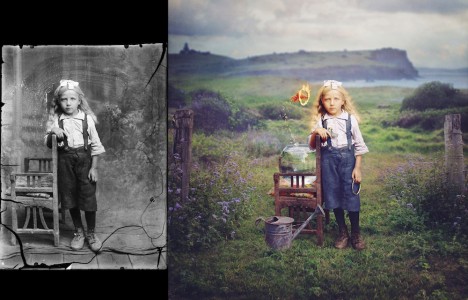 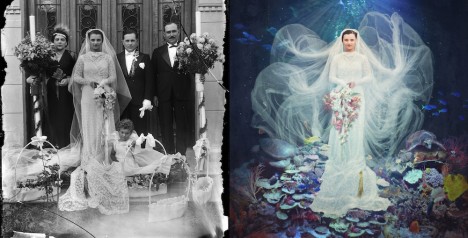 A figure in a found black-and-white photograph catches artist Jane Long’s eye and she begins to envision them in a new setting, giving them a story, making them somehow less anonymous. She digitally restores and colorizes each image and combines them with other photographs to create entirely new, surreal compositions. “I wanted people to see these figures as real people, more than just an old photograph. Adding color completely changes our perception of images.”

Library of Congress Images Get Horror Makeover by Jim Kazanjian 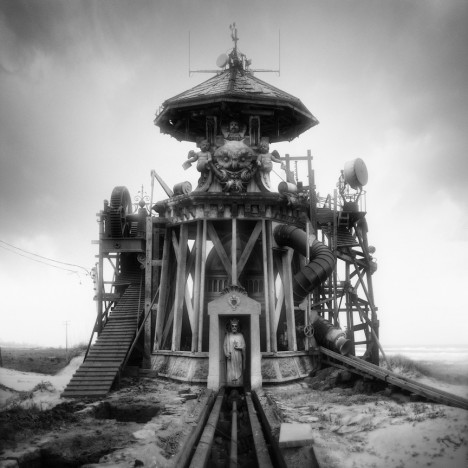 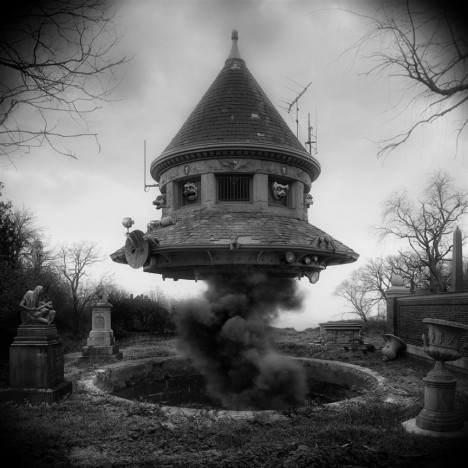 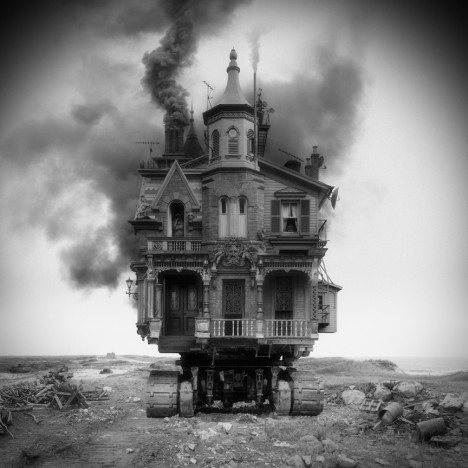 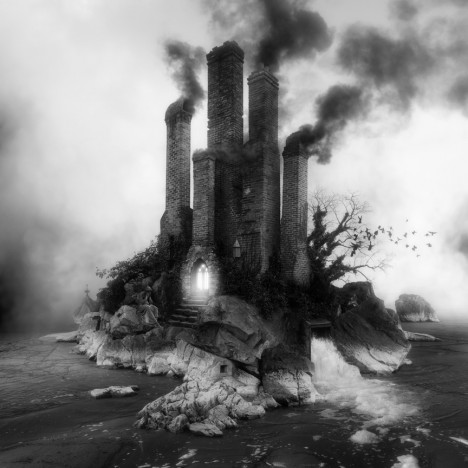 Historical photographs archived by the Library of Congress are a lot more interesting in the hands of digital artist Jim Kazanjian, who combines them in unexpected ways to create terrifying architectural creations straight out of a horror movie. “I’ve chosen photography as a medium because of the cultural misunderstanding that it has a sort of built-in objectivity. This allows me to set up a visual tension within the work, to make it resonate and lure the viewer further inside. My current series is inspired by the classic horror literature of H.P. Lovecraft, Algernon Blackwood and similar authors.” 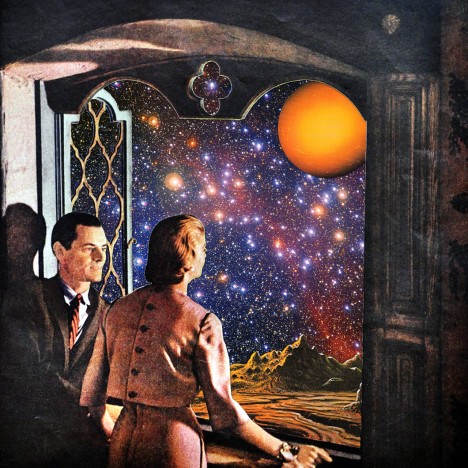 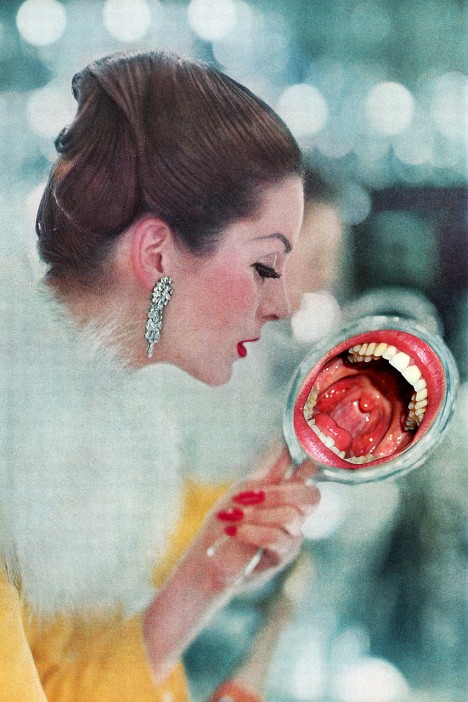 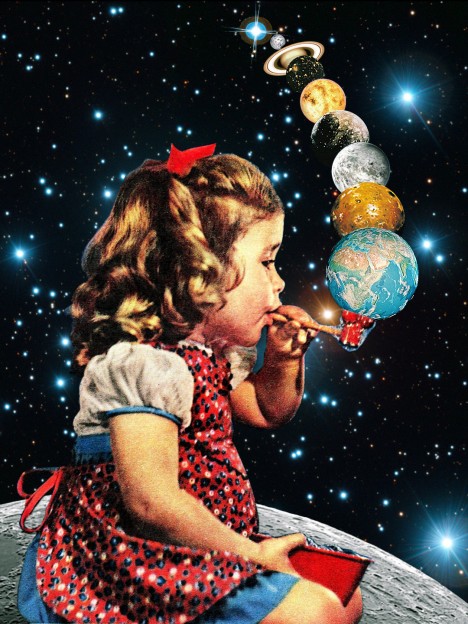 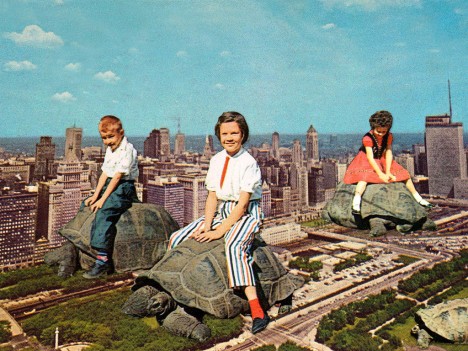 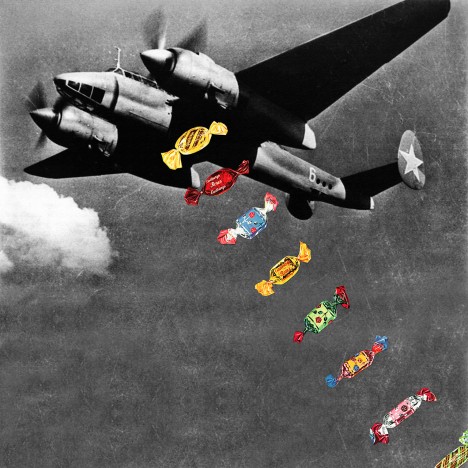 These smash-ups of vividly colored vintage photographs juxtapose entirely unexpected elements, like gigantic children riding tortoises through a city park or a war plane dropping candy instead of bombs. “I start by finding a ‘base’ image, and then I sort of build around it. Sometimes I have a concrete idea of what I want to do, and sometimes I leave the images to fit together by themselves,” says artist Eugenia Loli. “Sometimes, after a lot of juxtaposing, the ‘base’ image might not even be a part of the final collage. Most of the time I try to ‘say’ something important via my art, but other times it’s just about doodling.” 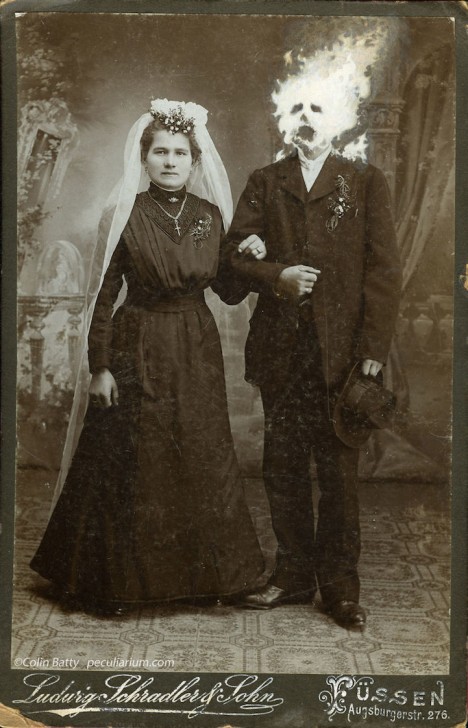 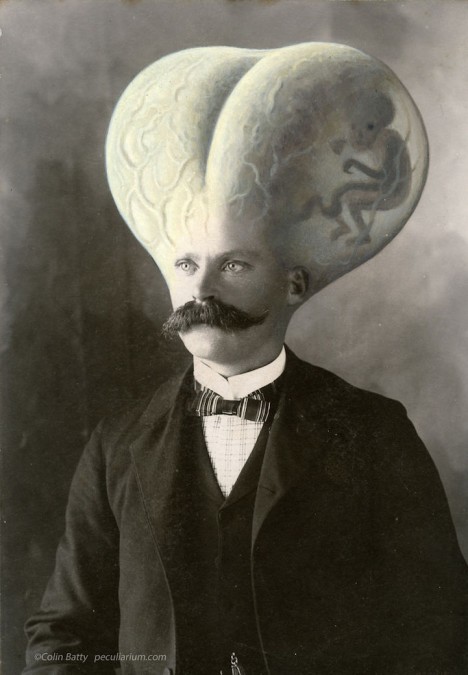 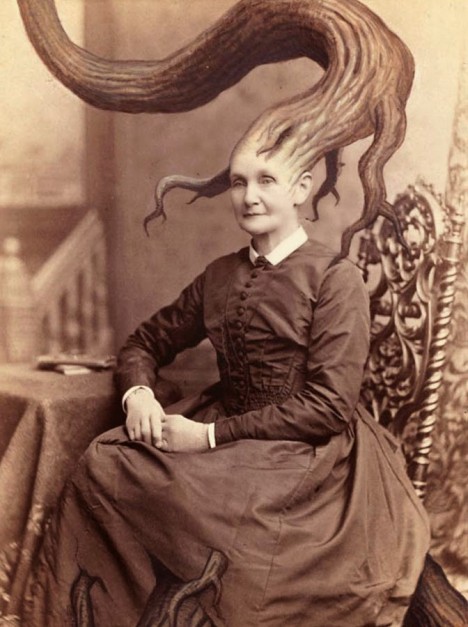 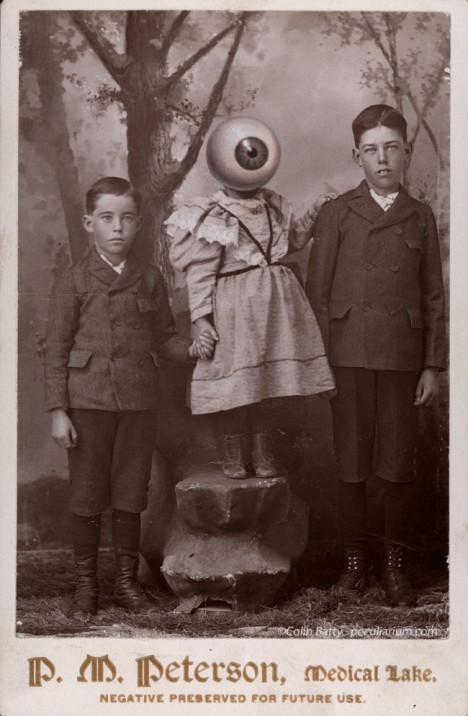 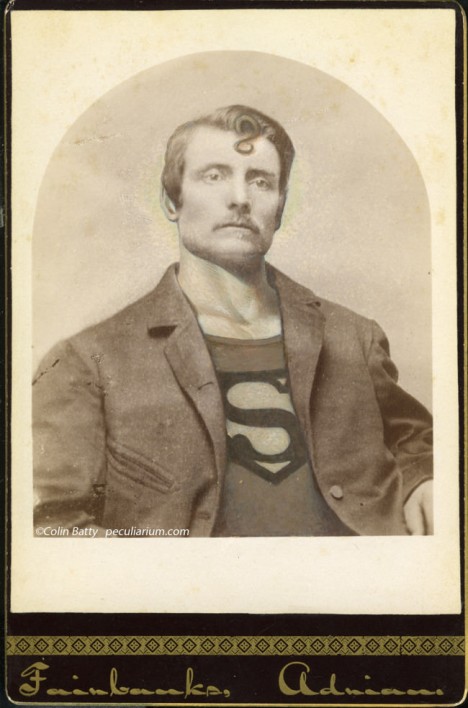 Can you imagine what the original subjects of these photos would think if they saw artist Colin Batty’s alterations? They might be a tad disturbed to see their own heads on fire or replaced by gigantic eyeballs. The artist paints with acrylics directly onto cabinet cards from the early 1900s.