Secret Stairs at the Winchester Mansion 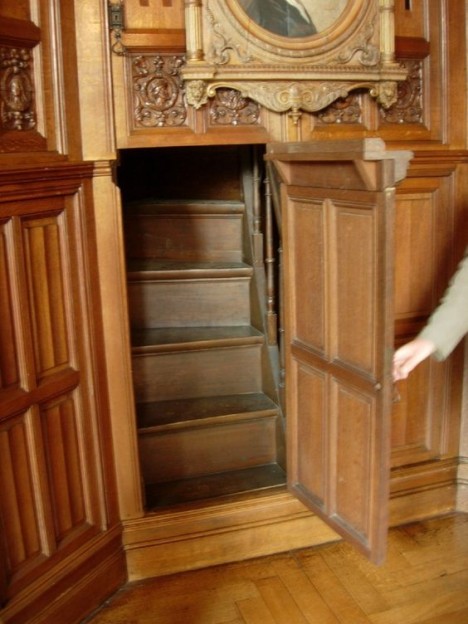 This relatively creepy, shadowy staircase is just one of many at the Winchester Mansion in California, a bizarre Victorian packed with miles of twisting hallways and a labyrinth of rooms. According to legend, the original owner and designer Sara Winchester had it built this way for protection from the spirits of the people killed by the guns her husband used to manufacture. During her lifetime, many features were constantly dismantled, built around or sealed over, so it’s estimated that up to 600 rooms have been built, with about 160 remaining.

Prohibition-Era Liquor Stash Under the Stairs 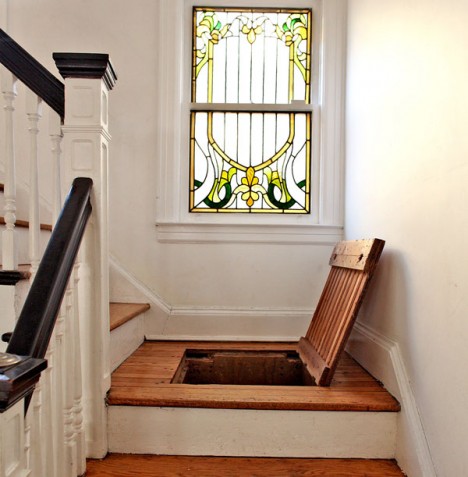 Americans came up with all sorts of ways to hide their liquor during Prohibition. Here’s a fun example: an old Victorian house in New York City with a four-foot-deep shelf-lined cubby concealed within the landing of the original oak staircase.

Hidden Pub in an Office 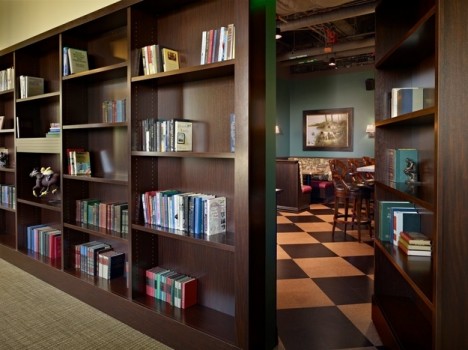 Like something out of Mad Men, this office in Bellevue, Washington hides a boozy secret just beyond a wall of books. Employees at the Steelhead Partner’s office don’t have to discreetly sip flasks at their desks or sneak away to the pub at lunch – they can just slide a bookcase aside to enter their own private pub.