Since 2009 over 50,000 Little Free Library book exchange boxes have sprung up on lawns worldwide, though some are worthy of a surprised second glance. 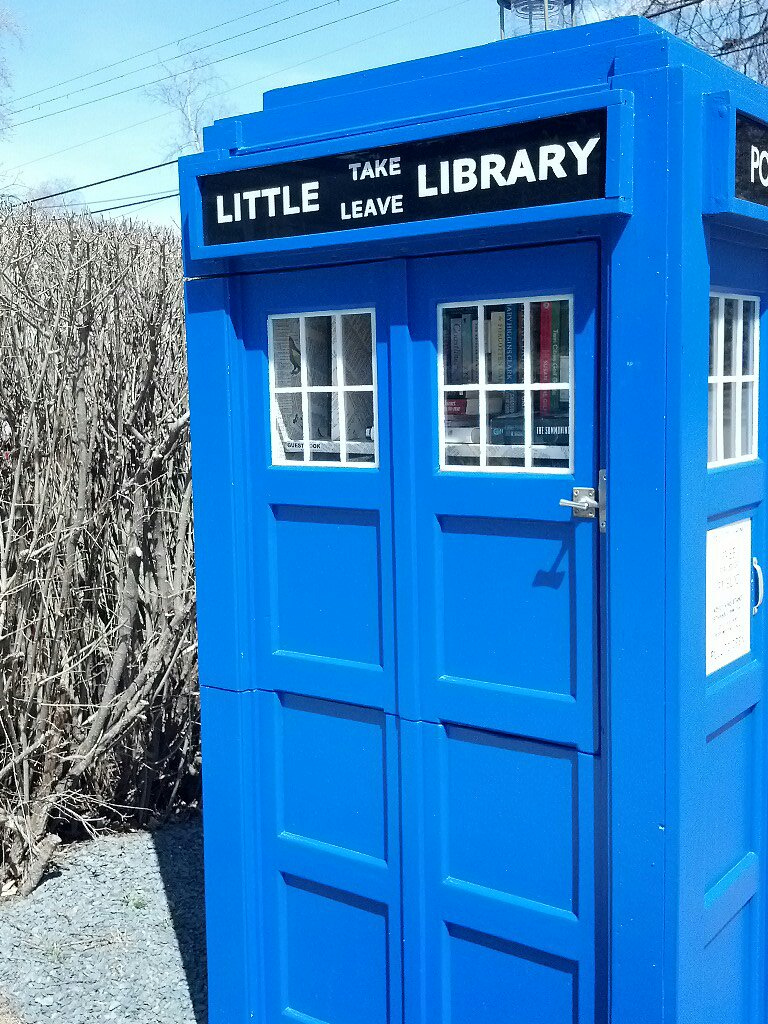 You’ve probably passed a Little Free Library during a recent walk, ride or drive though your neighborhood. Odds are you passed it off as a personal project of some local do-gooder or over-achieving parent but the so-called “Little Free Library Movement” is bigger, broader and more organized than anyone could guess. 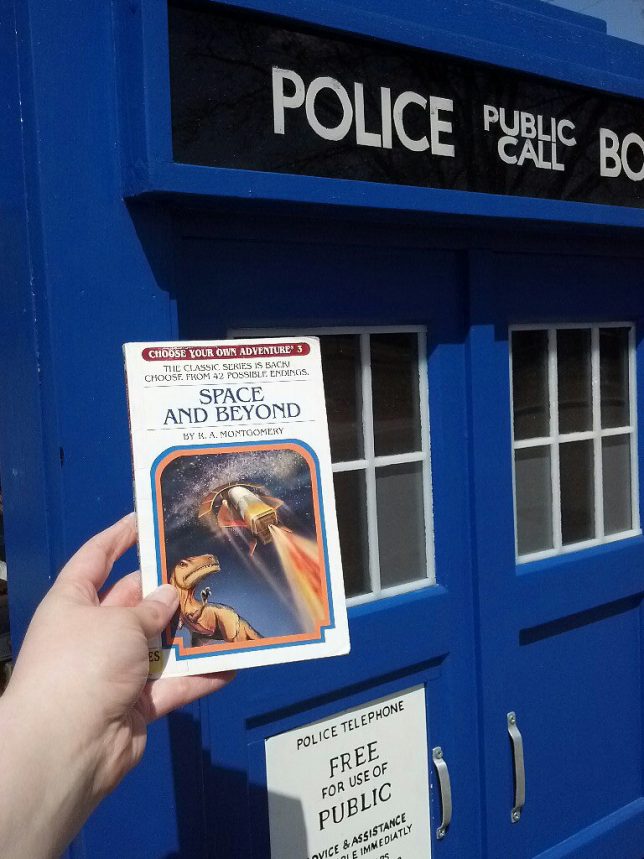 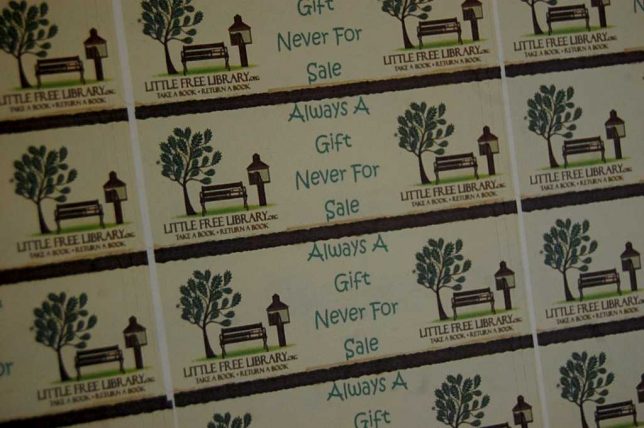 The first Little Free Library was created by Todd Bol of Hudson, Wisconsin as a tribute to his mother, a former schoolteacher and lifelong book-lover. Bol’s pioneering concept was meant to look like a miniature one-room schoolhouse but that design isn’t mandated, even for those who register with the non-profit Little Free Library Ltd. website and receive an official sign they can affix to their box. Size isn’t de rigeur either though the above Tardis library box is larger than most… especially on the inside. Flickr member ap^ snapped the example above from Bloomington, MN on April 27th of 2013. 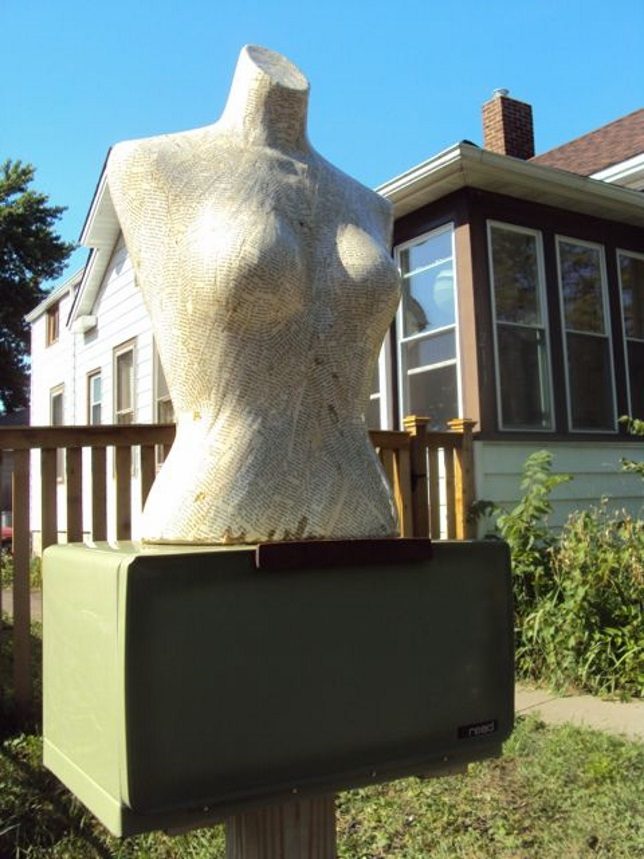 If you’re calling your Little Free Library “Headless Books“, it follows that your book box be decorated to display that fact. Crafted from a disused bREADbox and topped by a headless (and topless, at the risk of being redundant) mannequin torso scrounged from a local garage sale, The Headless Library can be found in NE Minneapolis. 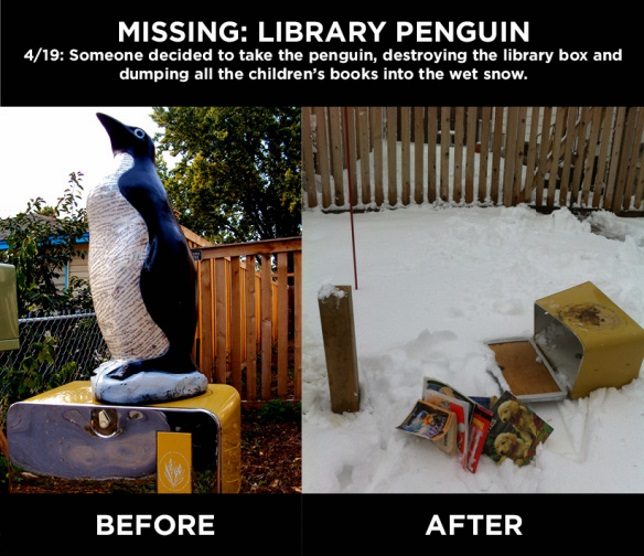 Since September of 2012 the torso-topped library shared yard space with Penny’s Childrens Library – another ex-breadbox topped with a plastic lawn-ornament penguin because why not? Sadly, this library was trashed and the penguin stolen by unknown assailants during a spring blizzard in April of 2013… at press time the penguin was still missing. We suggest looking for it on top of a British woman’s TV set.

Book To The Future 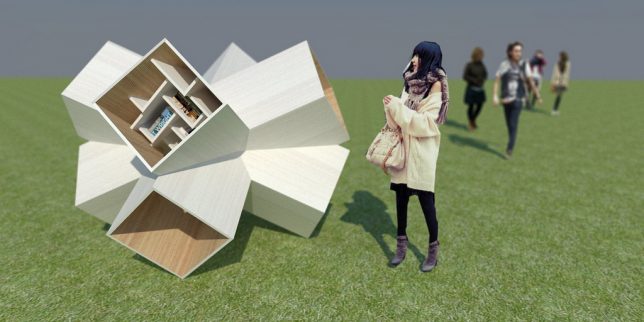 Dubbed the Little Free Library 3D X, this futuristic little library comes to us courtesy of designer and Flickr member Robert Sekula (ethno folk funk architects) in cooperation with Andrej Poliak. Never thought you’d see the words “futuristic” and “library” in the same sentence, did you?

Morel Of The Stories 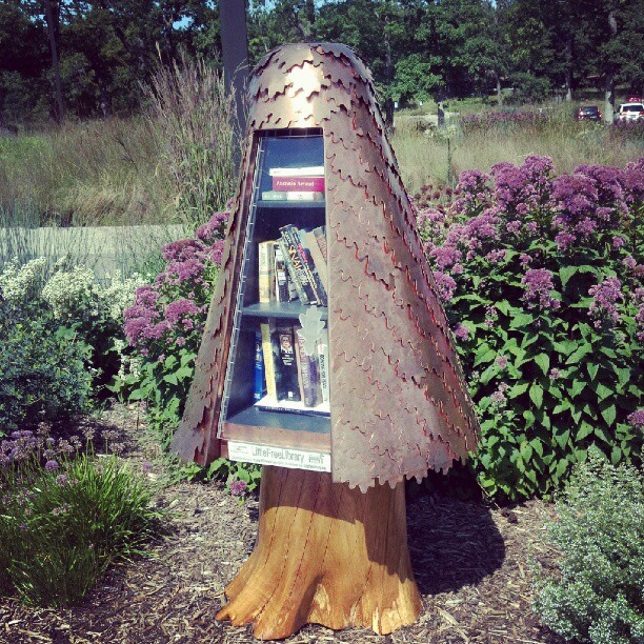 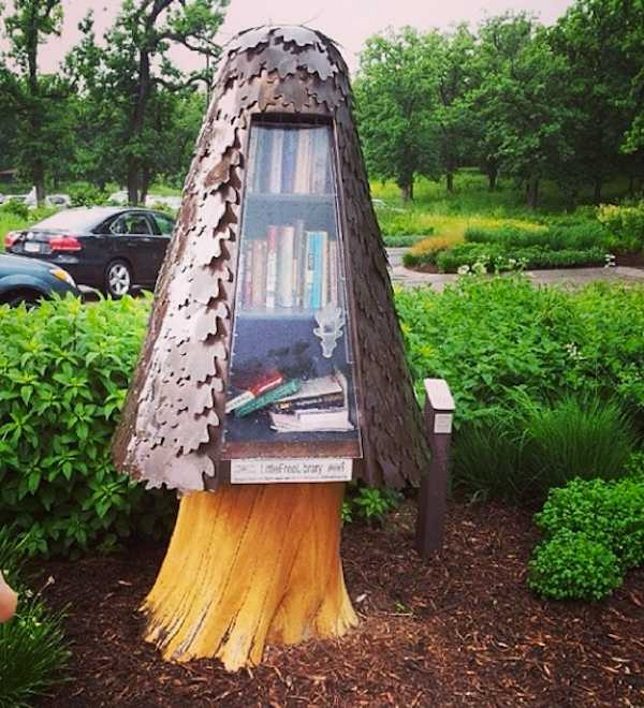 What is it about Minnesota and odd Little Free Libraries? Flickr member Marie Janssen (jamuraa) snapped the above “Little Tree Free Library” in New Brighton, MN, on August 11th of 2012. Another source states it’s modeled on a mushroom of the morel family.