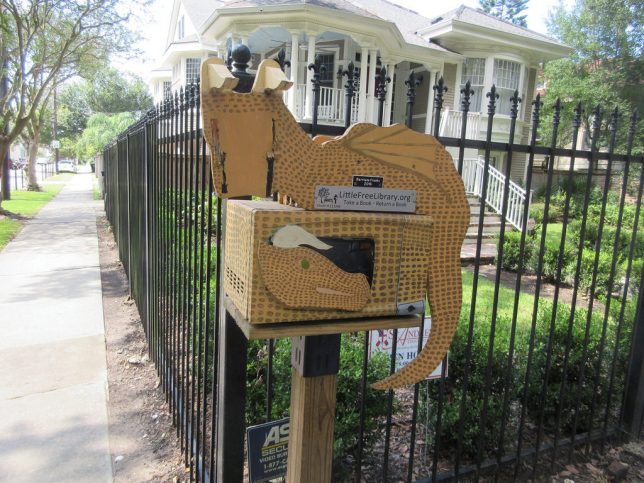 Are your cookbooks microwave-safe? It’s a reasonable question, considering the above microwave oven-based Little Free Library is devoid of books of any genre… or at least, that was the case when Flickr member Infrogmation chanced upon it on September 1st of 2017. 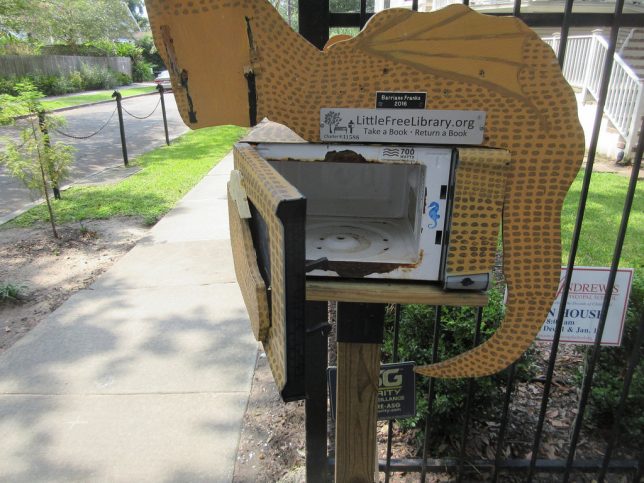 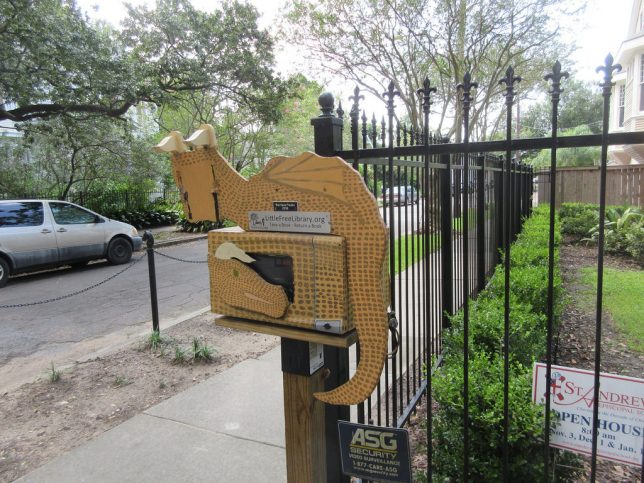 Bookless though it might be – and we’re sure that’s a temporary condition for any registered and labeled LFL – you have to admire the folk art craftsmanship that went into the small but charming box. Here’s hoping the owner will quit “dragon” their butt(s) and restock this unique Carrollton Ave., New Orleans reading resource. 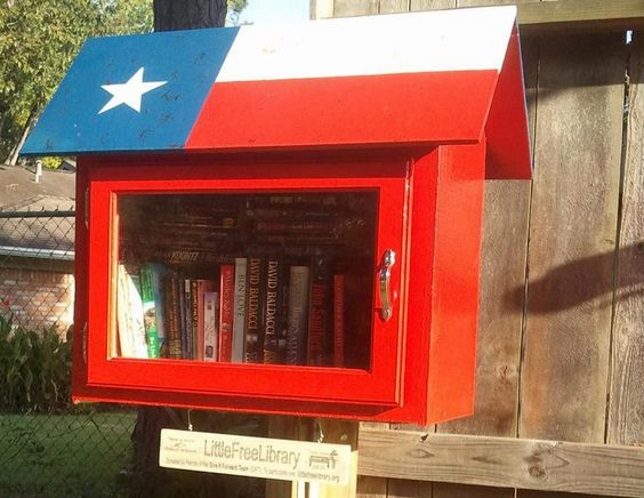 Too soon? Not really… unless of course the literary offerings ensconced inside this essentially Texian Little Free Library include The Warren Commission Report, 11/22/63 by Stephen King, or Oswald’s Tale: An American Mystery. That aside, we salute the designer’s state patriotism.

Baby We Were Born To Read 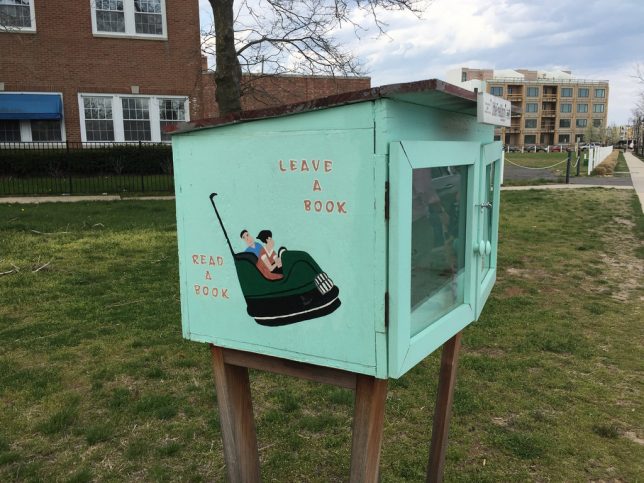 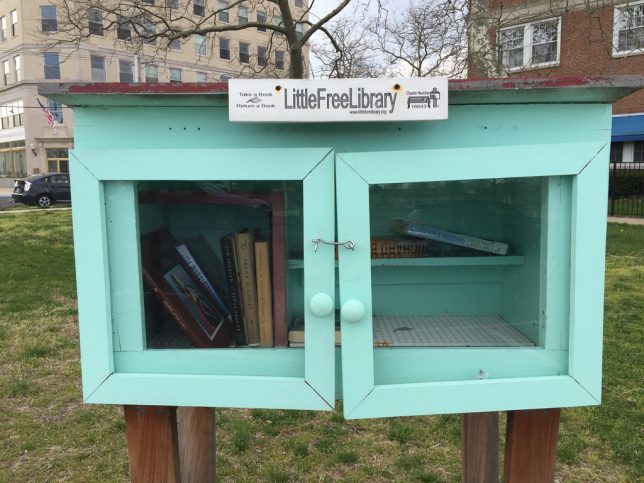 Who said the Jersey Shore’s a cultural wasteland? Not Flickr member linda718, who captured the above Little Free Library in all its minty green glory on April 16th of 2017. The box sports some awesome bumper-car folk artwork on its sides; an homage to Asbury Park’s heyday as a trendy seaside resort long before Snookie & company arrived on the scene.

You Can’t Handle The Soup 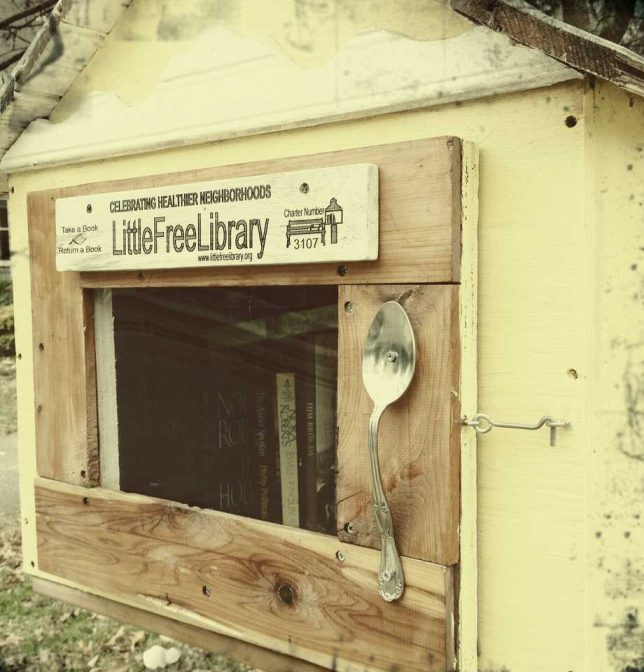 In case of emergency, break glass with spoon? Why not bring your own danged spoon and use this one for its intended purpose – an improvised door handle. Flickr member Memphis CVB (ilovememphis) snapped the cute & clever Little Free Library from Memphis, TN on February 20th of 2013… presumably just before going out for a bite.