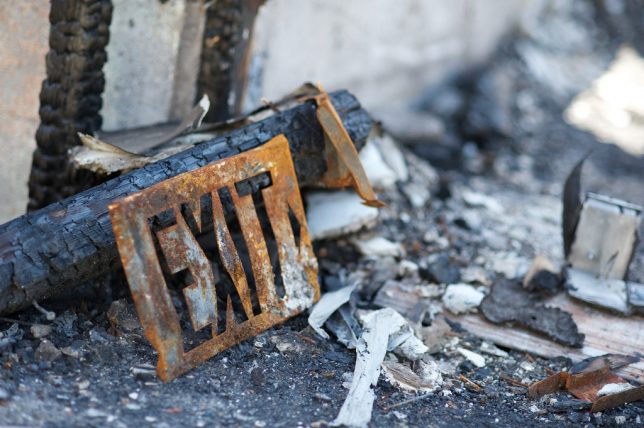 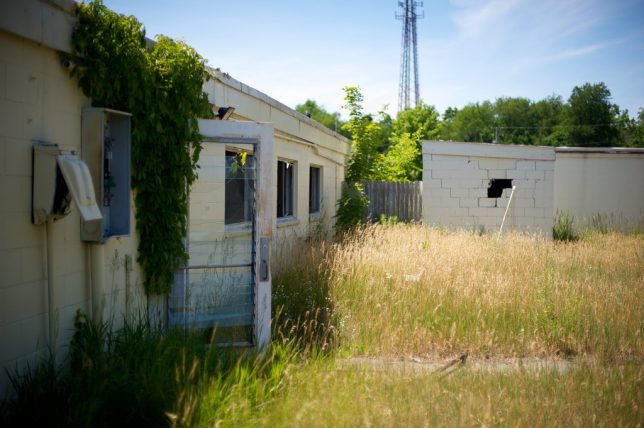 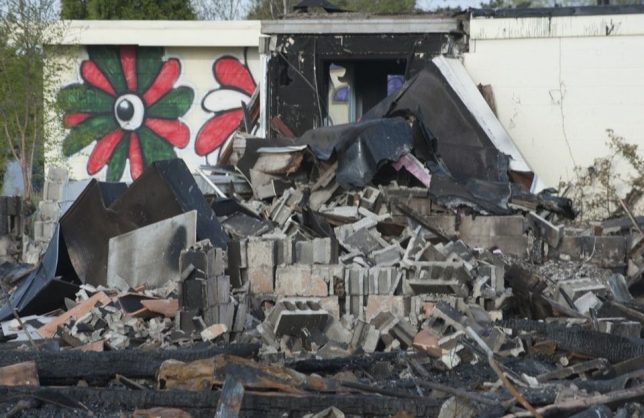 “During 2009-2013, U.S. fire departments responded to an estimated average of 2,620 fires per year in nursing homes,” according to the NFPA. One such fire at a nursing home in Jackson County, Michigan, caused so much damage the facility had to be closed. Flickr member Eric Merrill visited the abandoned nursing home, located off I-94, in June of 2012. 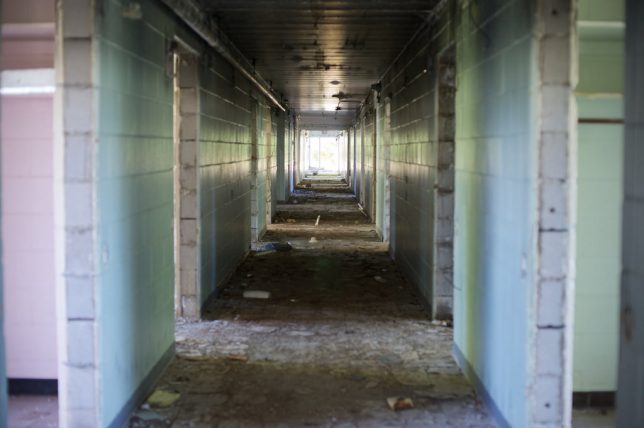 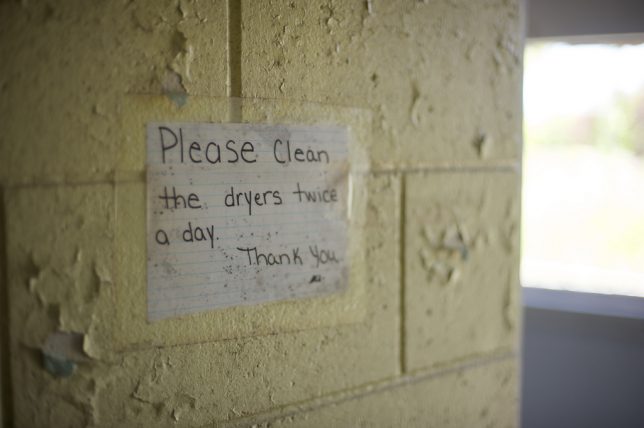 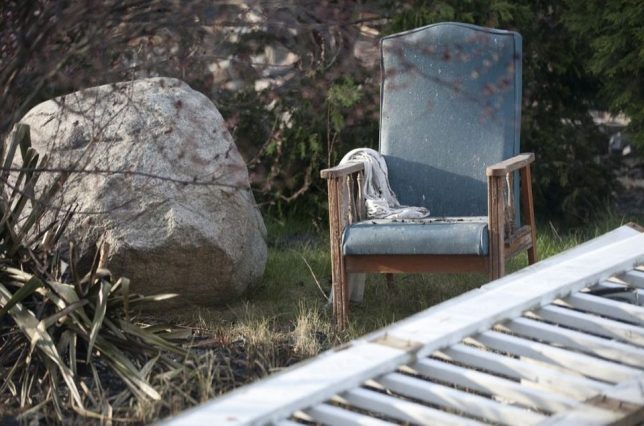 Merrill doesn’t mention the facility’s name or precise location but it’s likely to be the former Cedar Knoll Care Center, which closed in March of 2007 after its licensing for both Medicare and Medicaid was pulled in the wake of repeated violations. Two side wings of the facility were completely destroyed by the fire, believed to have been started by vagrants. 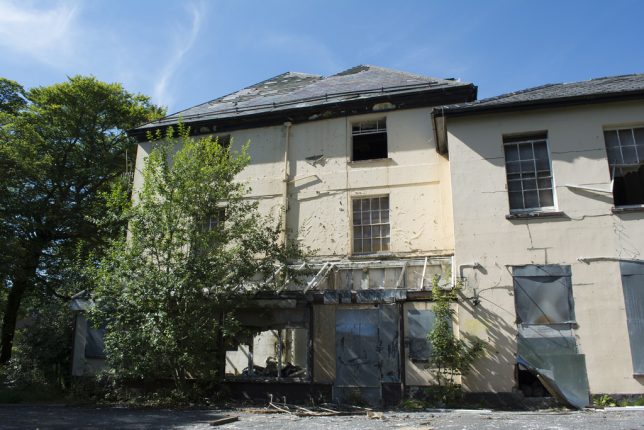 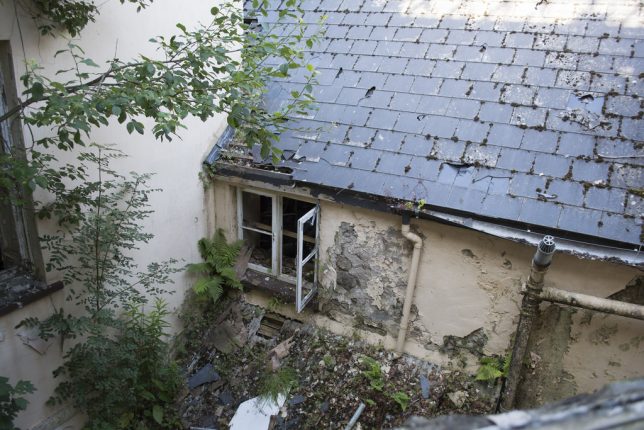 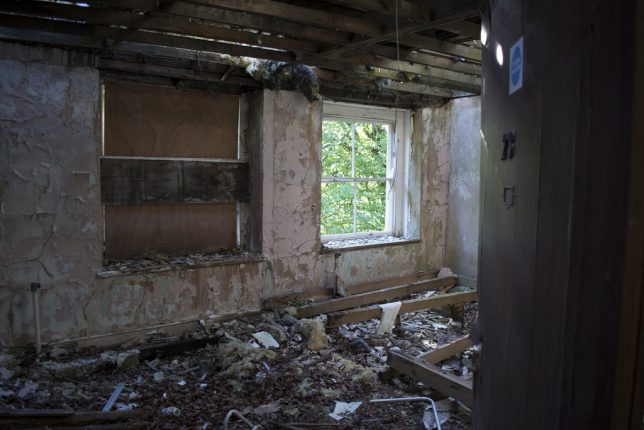 Flickr member Lee Russell (Outpost 51) visited this long-abandoned nursing home in South Wales back in the summer of 2015 and came back with no less than 137 photos of the creepy place! Hints offered by damaged signs indicate this is probably the former Beeches Nursing Home in Blaenavon. 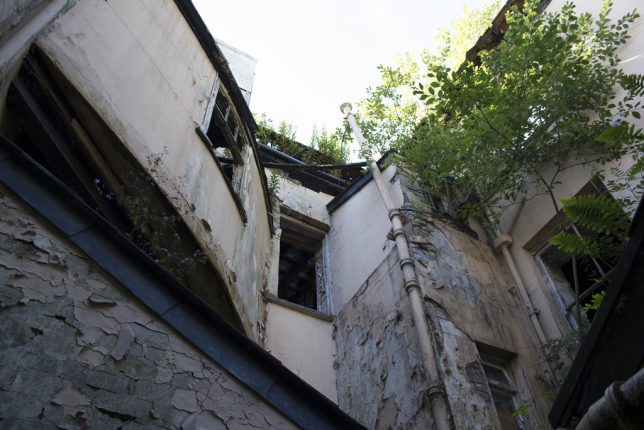 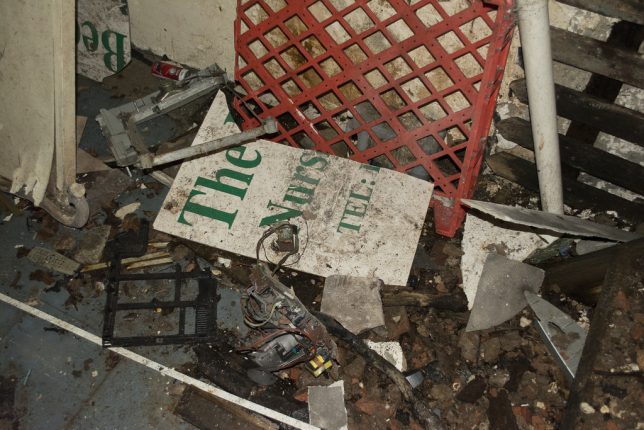 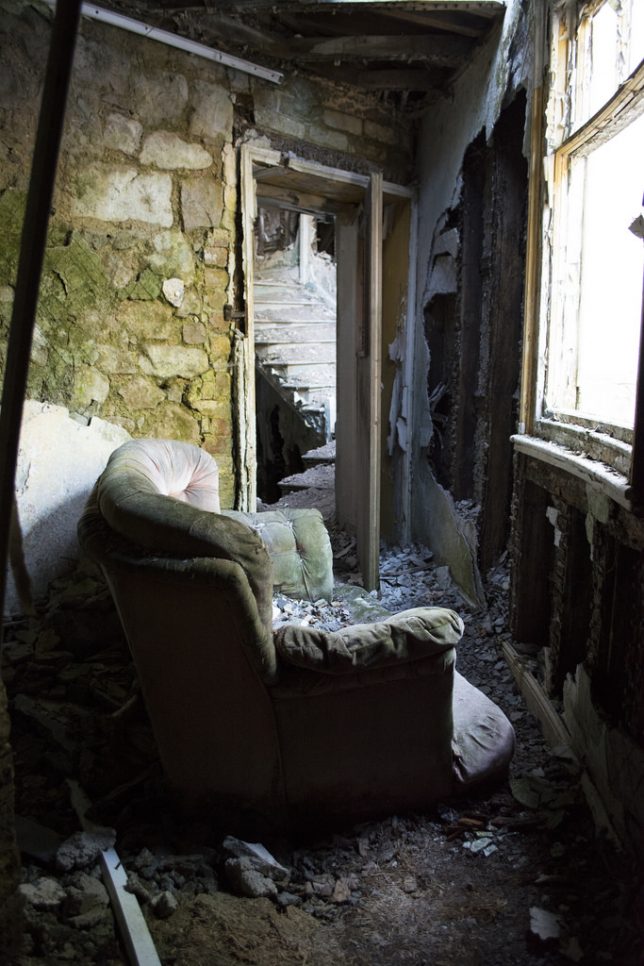 Designated a Grade II Listed Building in 1995, the structure dates back to the year 1800 when the main building was erected by the manager of the local ironworks. The so-called Ty Mawr (“Great House”) became a hospital in the mid-1920s and ended its days as a nursing home in 2006. Abandoned since then and severely trashed by salvagers after lead piping and roof slates, the “eyesore” of Blaenavon, a World Heritage town, is currently for sale at the tempting price of £124,995 which includes the 1.5 acre grounds. 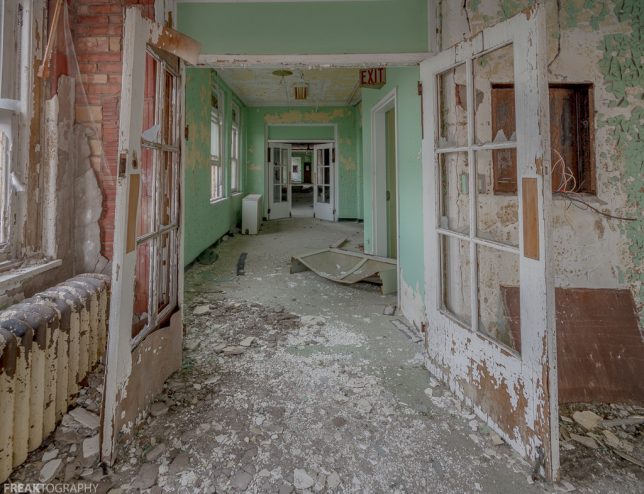 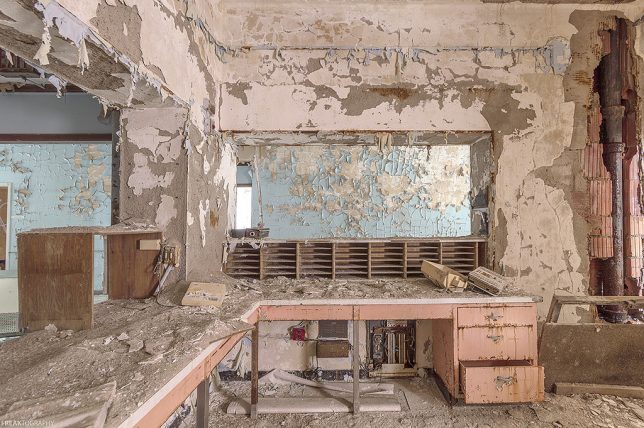 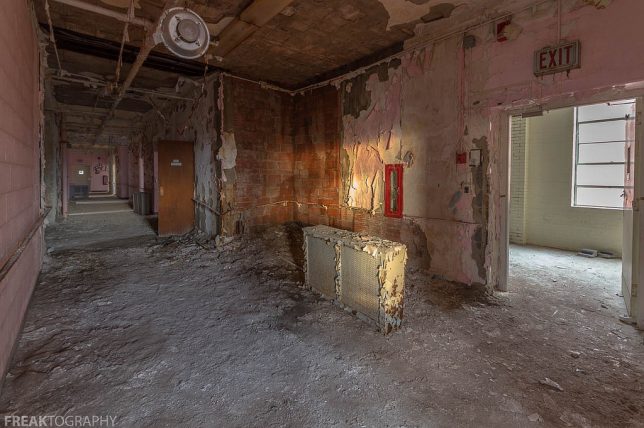 In late 2013 Flickr member Freaktography visited this nameless and VERY abandoned nursing home in Buffalo, New York. The “Queen City” sure ain’t what it used to be and the same can be said – in spades – about this decrepit former nursing home. All that’s missing is the late Irv Weinstein of WKBW-TV reporting on a fire burning the place down. 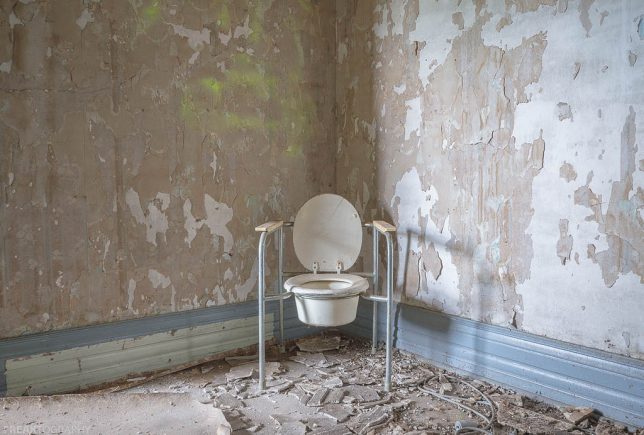 Freaktography also photo-documented the above rather spindly commode chair situated in the corner of a room in an abandoned Ontario nursing home. To quote the photographer, “With its simple design and retractable lid this chair provides a convenient and safer toilet alternative for persons with reduced mobility, or the urban explorer who gets the nervous shits while hiding from security.” ‘Nuff said… and thanks for not taking an overhead shot. 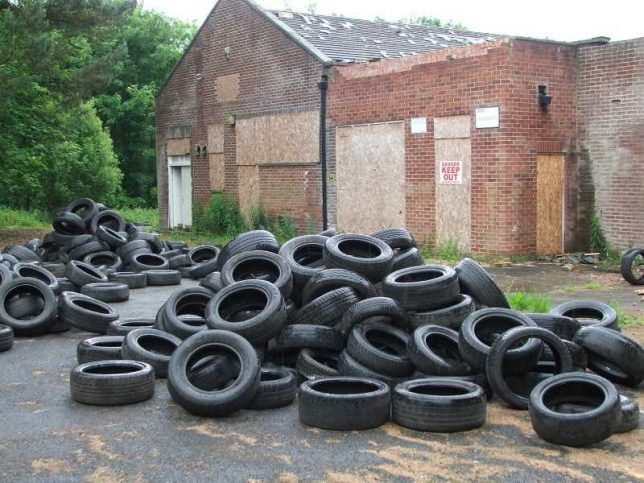 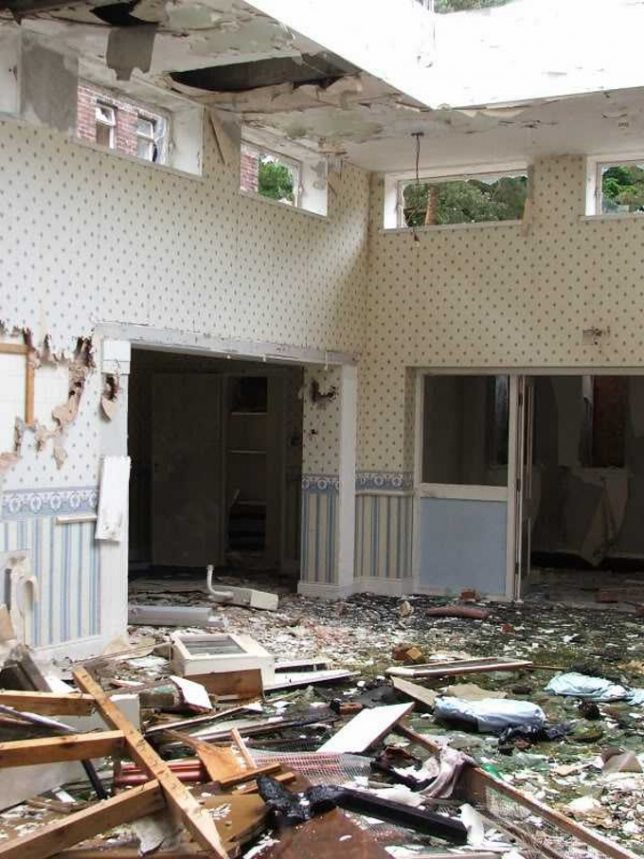 The old Pinewoods Nursing Home in Winlaton, northeastern England, was shuttered in roughly 2002. By 2010 when nicola81 of Urbexforums visited, it was in a truly deplorable state – the parking lot had become a dumping ground for used tires, for one thing. 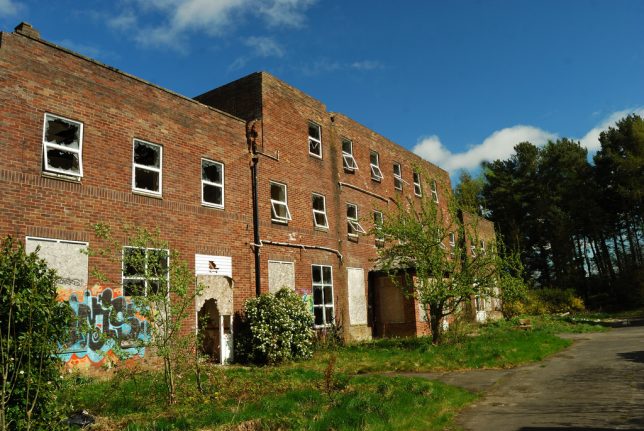 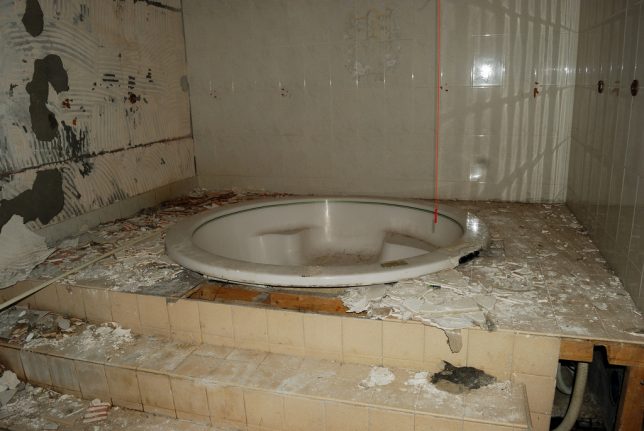 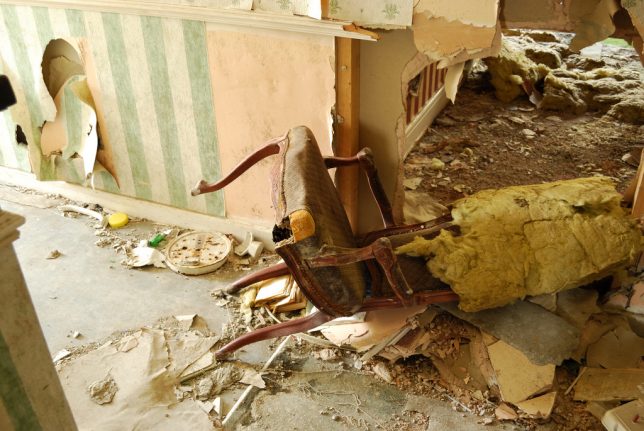 Inside, things were an order of magnitude worse although not a single tire was to be seen. Flickr member Amil & David (Berilia) visited in early 2013 and things were even filthier, assuming that’s possible. 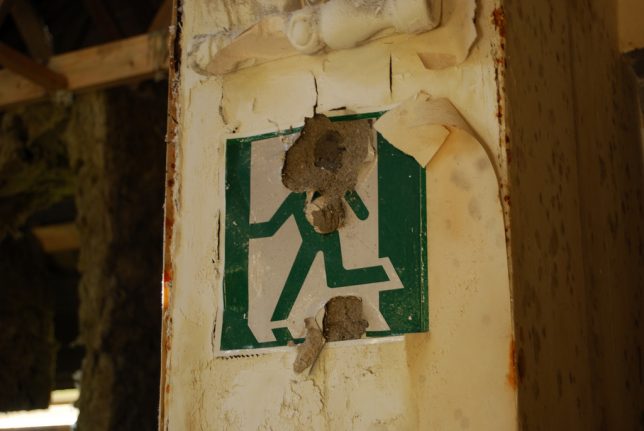 One would hope the place has been demolished sometime after that; the building appears to date from mid-century and has little if any obvious historic architectural value worthy of preservation… and if it did, why isn’t anyone protecting it?