A new urban park in Ontario will take sheltered but unused space below a raised roadway and turn it into a place for walking, cycling and outdoor performances. 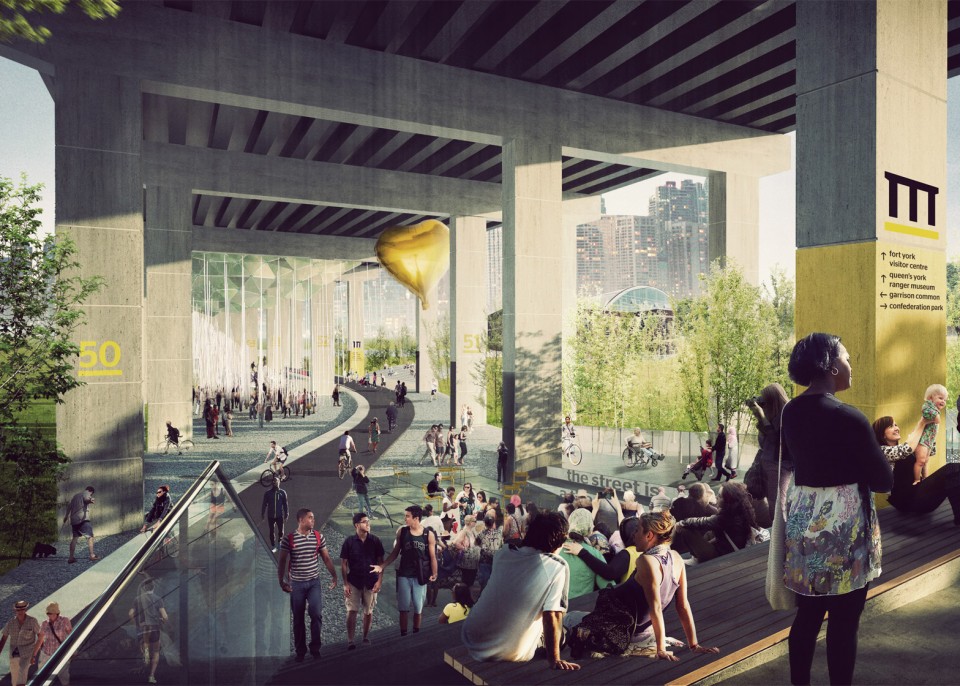 A project of urban designer Ken Greenberg as well as Marc Ryan and Adam Nicklin of Public Work, the Under Gardiner design approach treats the area as a covered streetscape, taking advantage of rain and sun shade provided by the vehicular thoroughfare above.

Its surface programming also bridges institutional uses on either side, including aquariums, museums and other cultural buildings. 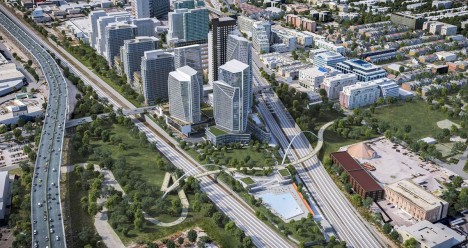 From architectural thesis research into reusing derelict land under viaducts, this article’s author can attest to the advantages of using such sub-street spaces. Noise and air pollution levels are actually lower directly below than they are adjacent to raised roads, for instance. Contrast those factors for a moment with the qualities of a typical urban park at ground level, either narrow (Golden Gate in San Francisco) or small (Squares of Philadelphia). Popular city parks are generally surrounded by traffic noise from directly-adjacent vehicles, yet many (including the above examples) remain well-used. 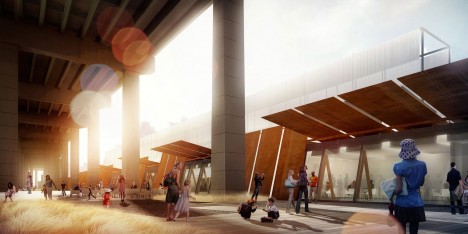 The biggest type-specific concerns of an elevated park are seismic, which in turn are tied to regional risk factors – problematic but addressable for any kind of enclosed or sheltered space, architectural or otherwise. 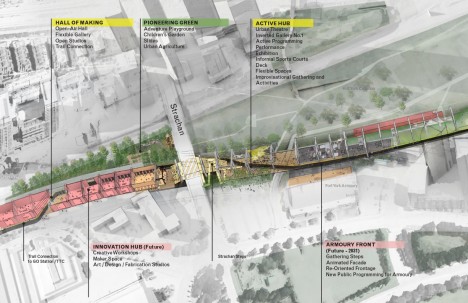 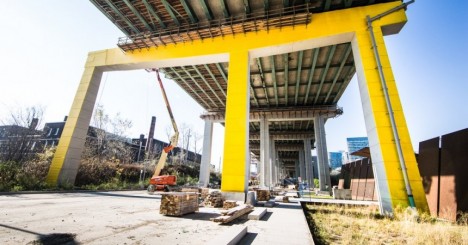 Existing columns and beams of the surrounding infrastructure will naturally divide the spaces into sections that act as exterior rooms while also providing ways to hang signage, wayfinding mechanisms and announcement billboards. 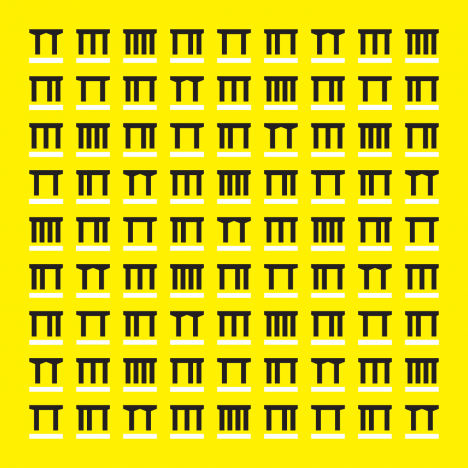 The project is being launched with the help of a sizable $25,000,000  donation from Toronto philanthropists Judy and Wil Matthews. 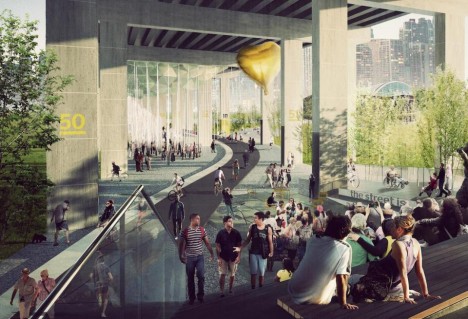