U-Haul company’s commitment to renovate and reuse abandoned buildings is not only economical, it also serves to revitalize post-industrial neighborhoods. 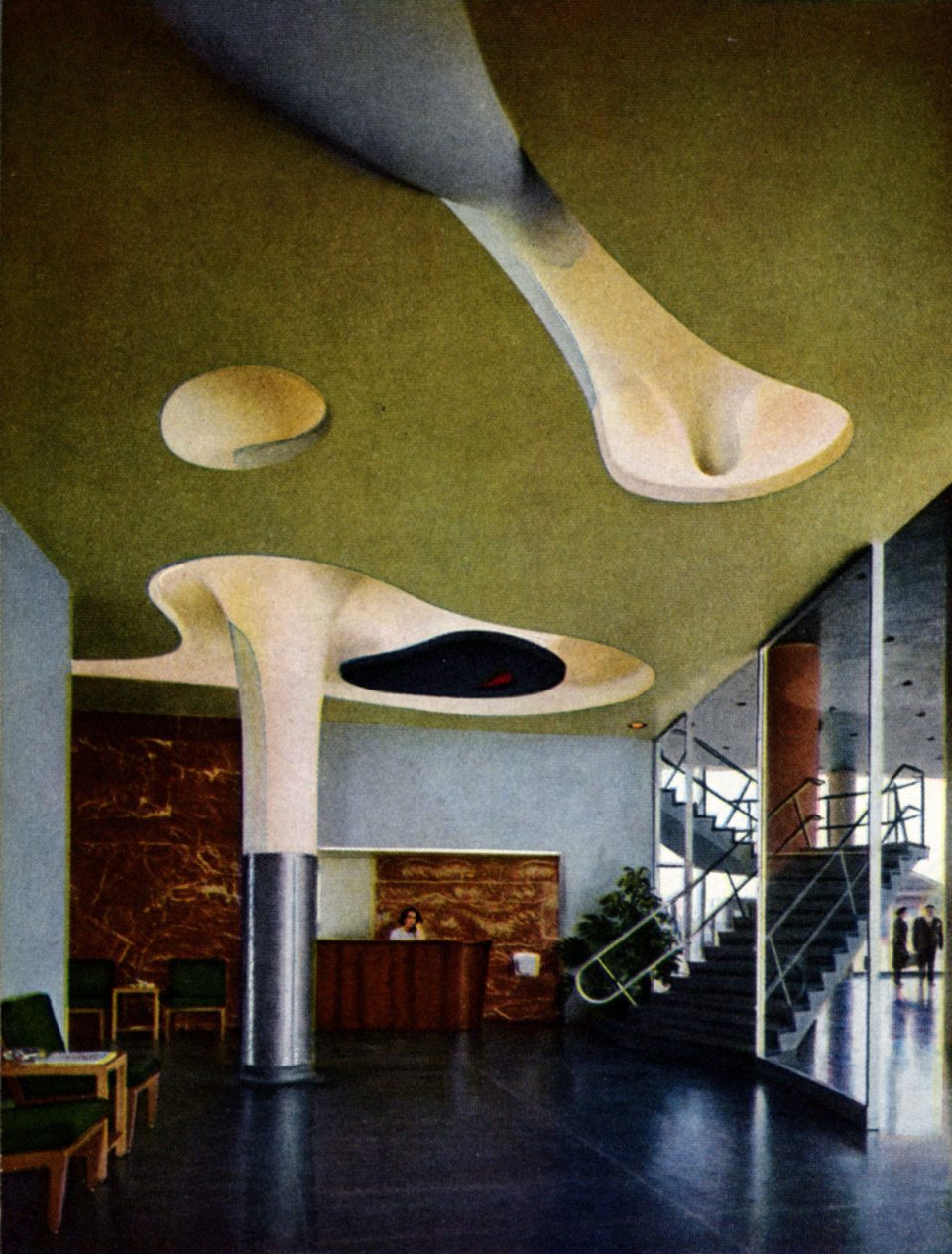 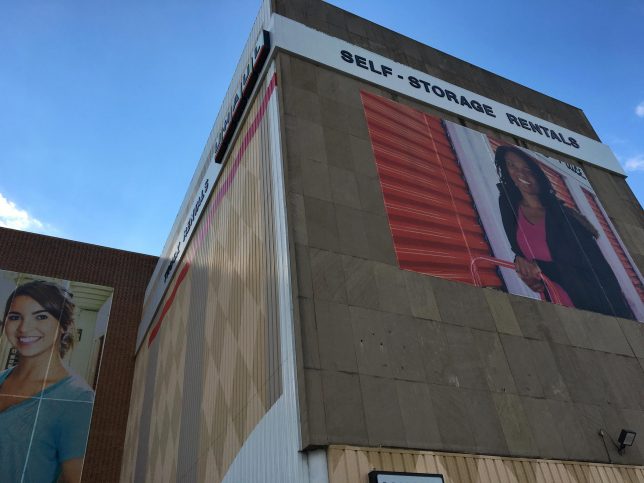 Magic Chef sold its St. Louis buildings and factories in the late 1950s and the head office building at 1641 South Kingshighway sat abandoned for about a decade before U-Haul bought it in 1977. 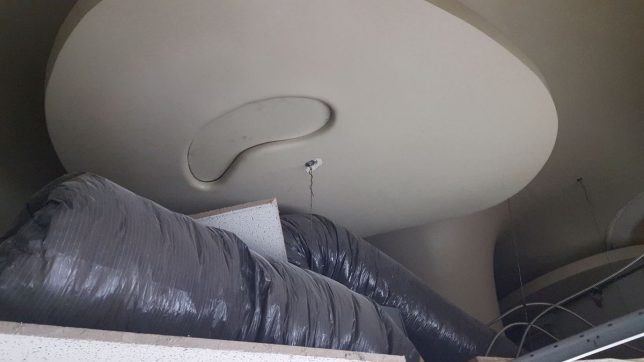 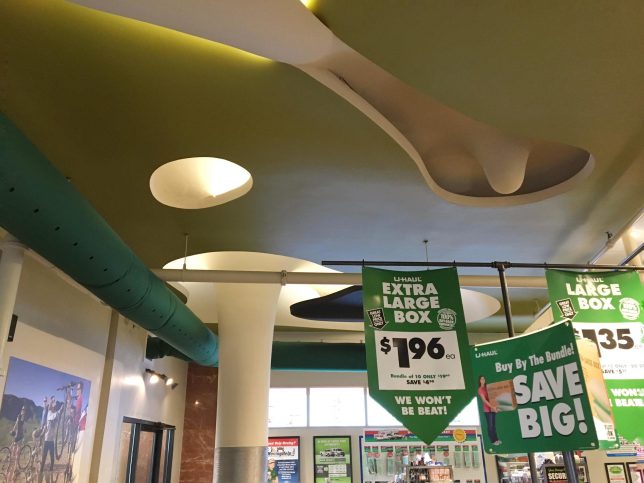 A practical renovation in the early 1990s saw a drop ceiling installed beneath Noguchi’s sculptural ceiling but thanks to U-Haul’s current focus on adaptive reuse and respectful regional marketing, both the building and its unique mid-century lobby ceiling are undergoing a well-deserved renaissance. 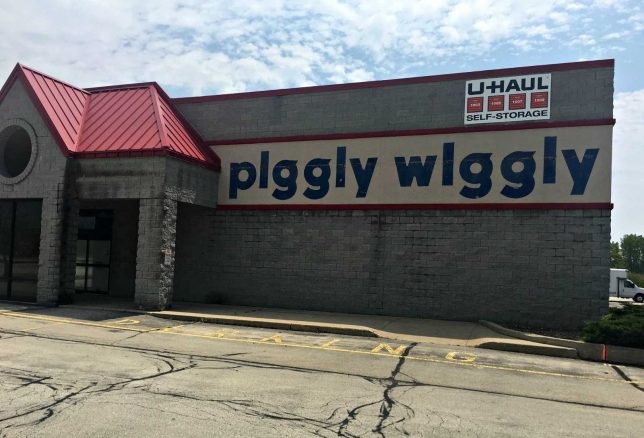 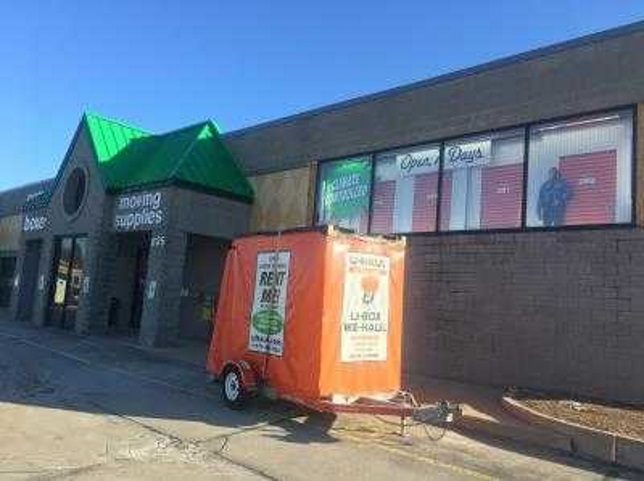 U-Haul’s corporate sustainability initiatives pay off for both the company and the community in a number of ways including lightening the local carbon footprint, reducing consumption of energy and resources on new construction, and helping cities and towns reduce their inventories of unwanted buildings. Saving historic architecture isn’t always a priority, however. This former Fox Brother’s Piggly Wiggly supermarket in Saukville, Wisconsin is a prime example. The defunct grocery store was converted into the U-Haul Moving & Storage of Port Washington full-service moving and self-storage facility over the summer of 2016. 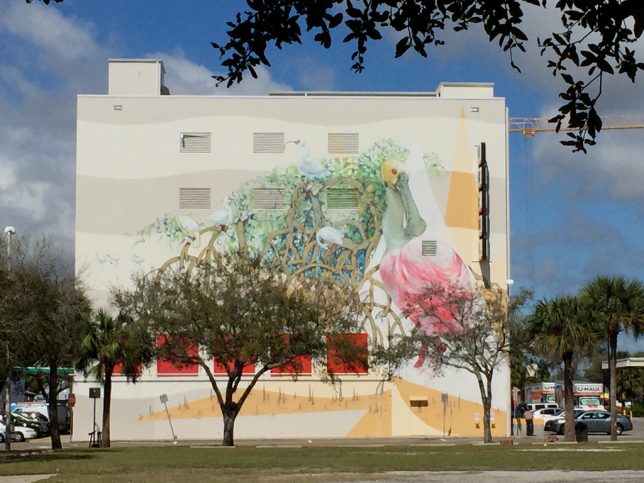 U-Haul doesn’t have to expend the expense required to beautify their adaptively reused buildings but aren’t you glad they do? Take the U-Haul depot above, located in downtown St. Petersburg, Florida. Formerly a drab, dreary, abandoned rail-connected cold storage building, the structure now boasts a gigantic mural of Tampa Bay wetlands fauna and flora on one side highlighted by an artistically rendered Roseate Spoonbill. Flickr user Mark Evans (st_asaph) captured this uplifting urban scene on February 27th of 2017.