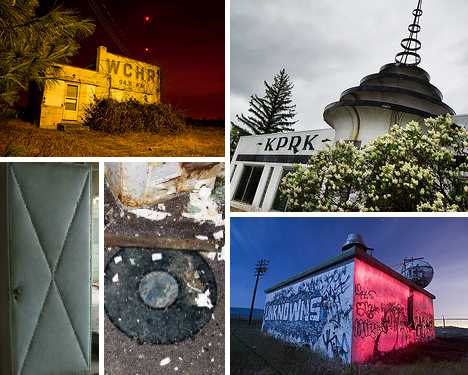 Don’t touch that dial or pause for station identification, these eleven decrepit, decommissioned and DJ-less radio stations have signed off forever.

I’ve got Dr Johnny Fever and the only prescription is more cowbell? Sorry Johnny, all the cowbell in the world ain’t gonna bring back the hundreds of small and independently-owned radio stations that once dotted the landscape… from coast to coast! JJ MacCrimmon brings us one example that will remain anonymous so as to avoid further depredations from music-hating vandals and graffiti artists. 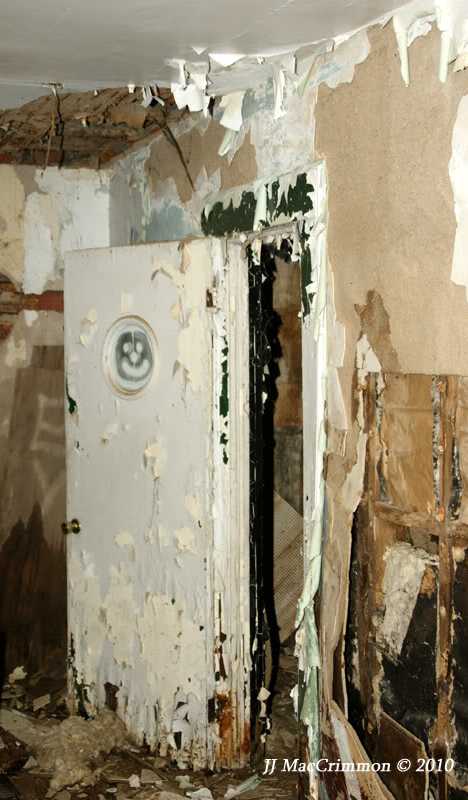 This station may have started out as a residence and although it’s not known exactly when it was abandoned, the presence of scattered long-play records indicates it operated before stations stopped playing actual vinyl over 15 years ago. That’s the door to one of the broadcast booths above… somehow the painted smiley face on the porthole window fails to inject any humor into this sorry scene.

Where Is Your Radio God Now?

The former WCHR station building in Bucks County, PA began broadcasting Christian music on August 7th, 1965 from this small but solidly-built structure. In 1998, the independent station was bought by Nassau Broadcasting and shortly thereafter, transmissions from this location ceased or as one might say, gave up the holy ghost.

What’s abandoned in Tulsa, stays abandoned in Tulsa, or so it would seem in the case of KOME 1300 AM. Supposedly off the air by 1965, the station building is surprisingly clean and uncluttered – why hasn’t anyone salvaged that sumptuously padded control room door? We’re guess KOME was a country music station because (A) it’s in Tulsa and (B) there’s a Stetson Hats poster on one of the control room walls. Kudos to Jim Hartz for capturing KOME’s current status and Flickr user Mike Ransom of Tulsa TV for posting these and many other interior images.

Men Out Of Work 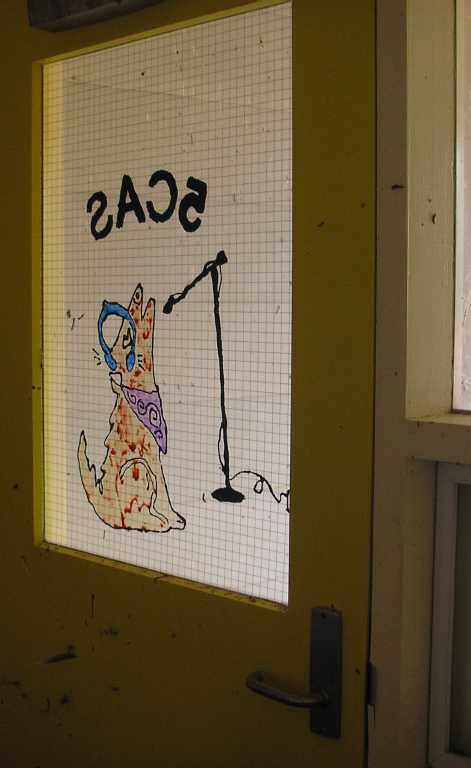 TasermonsPartner of deviantART found a lovely vignette to represent an abandoned radio station in the ghost town of Cook, Australia. Once upon a time, Cook was home to over 300 people but times change and these days a mere 10 holdouts are holding out for… a Vegemite sandwich, perhaps.